The electrician does not return the exhibits 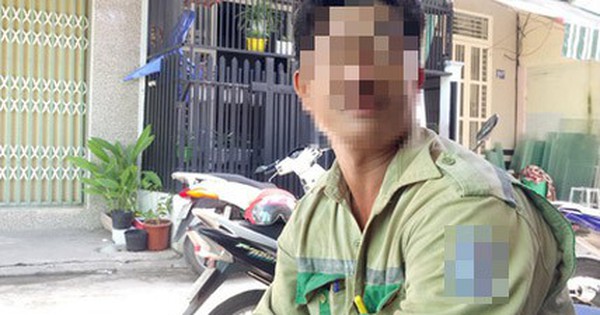 At 7-11, according to the correspondent of the newspaper workerTruong Quang Hoai Nam, Deputy Chairman of the Can Tho City People's Committee, signed decision No. 2875 / QĐ-MTP, 90 million VND for administrative crimes (Nguyen Co Ri), 38 years old, resident in a Hoa Department , Ninh Kieu district) according to decision No. 2284 / QD-XPVPHC dated 4-9-2018 by Mr. Nam signed earlier.

On exhibitions is 2,260,000 dong, converted from $ 100, which Mr. Re illegally changed at the Thao Luc gold store, according to decision 2875, Re is not the subject of reproduction of substantive evidence of administrative offenses under Articles 3, 77 and 6, Article 125 of the Act on the Management of Administrative Offenses. Therefore, he can not get back 2.260.000 VND. 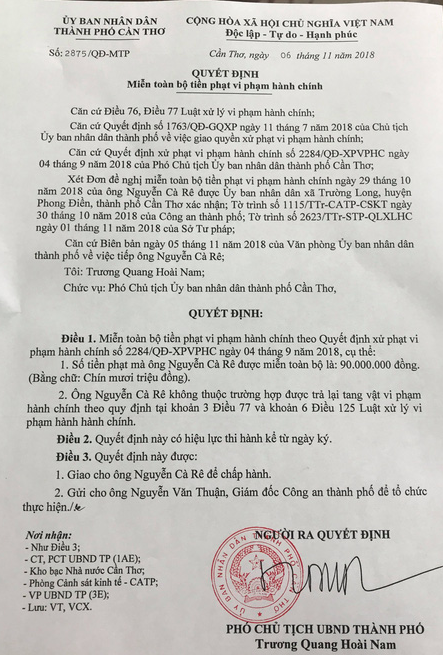 Decided to fine Mr. Re

On November 5th, Truong Quang Hoai Nam met with leaders of city political departments, the Ministry of Justice, the Inspectorate and Nguyen Ca to consider exemption and reduction of fines for this person according to the application. Mr. Rê sent on 29 October. 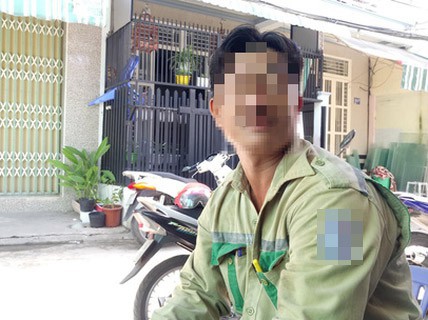 At the meeting Mr. Re the difficult family relationships and would be free from fines. Mr Re is currently working in the family of 6 people including: Mr and Mrs Re, two children who are not yet working in the age and their parents are older and old. In particular, his father's wife is dependent on the couple, he suffers serious illnesses, travels hard. You must stay home to take care of your father and child. Currently, the family situation is particularly difficult, local subsidies monthly. In addition, he exchanges $ 100 in the gold business Thao Luc is due to back awareness, nor does the business unit inform them that the store can not collect and exchange foreign currency. Therefore, the defect of Mr. Re accidental. The fine of 90 million VND is correct according to Decree 96/2014 / ND-CP. On the other hand, punishment is too heavy compared to the level of material evidence of crimes against Mr. Re.

Before the city was sent to the city's people committee to sign the sanction decision, the municipal police had consulted the State Bank of Can Tho Branch and instructed not to replace other provisions. Following the decision to sanction, in September, the City Police have twice invited Re to control the application for exemption or reduction due to difficult family relationships. However, due to the low level of education (grade 3) he did not write the application. For the reasons mentioned above, the City Police proposed the City People's Committee to review, freeing fines for Mr. Re.

Leaders of the Ministry of Justice said Mr R.'s circumstances are particularly difficult, so if he continues to pay a fine of 90 million, the economic situation is more difficult. Therefore, it is necessary to apply the "special difficulties" condition set out in Clause 1, 76 and 77 of the Administrative Crimes Act. After listening to the authorities' report, the authorities assigned the authorities to implement the necessary procedures to free all fines for Mr. Re.

On days 6-11, he also asked the industry to consider returning materials to the gold store Thao Luc, including 20 diamonds and 19,910 stones.