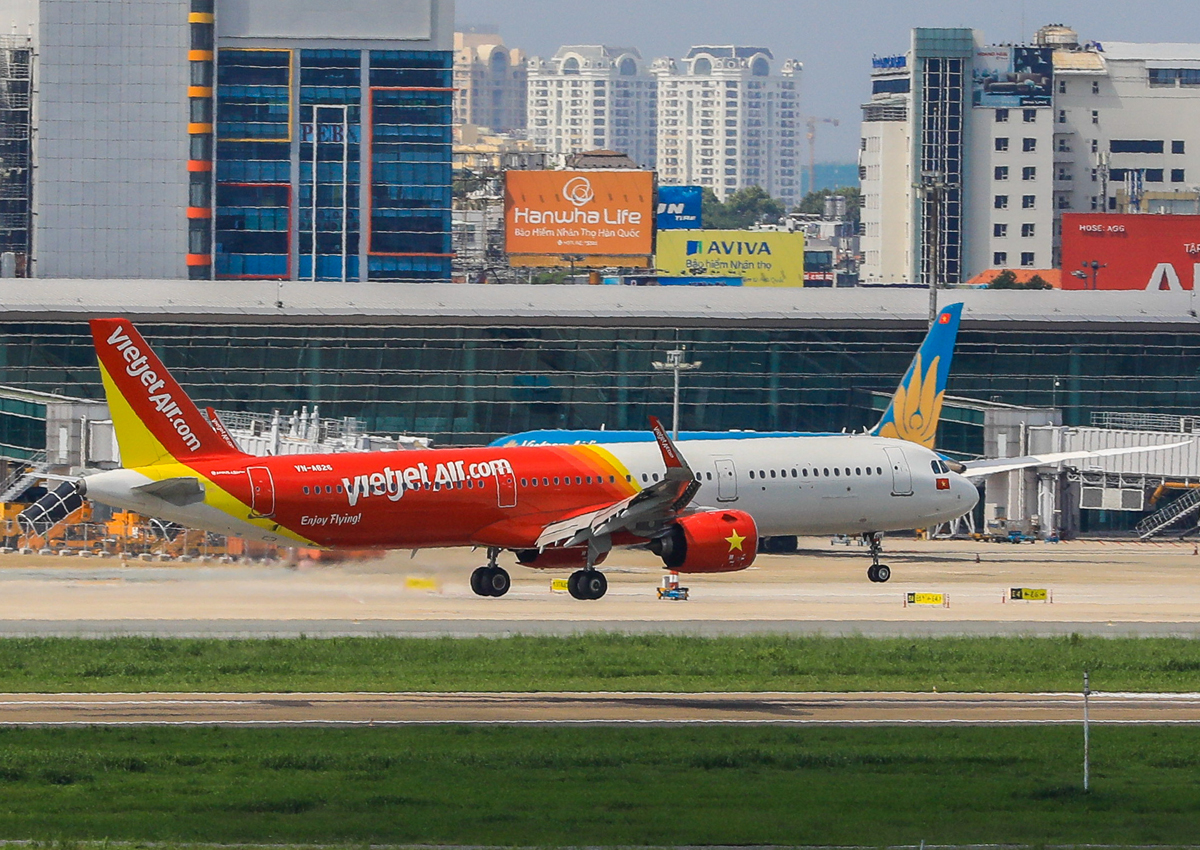 At the seminar “Overcoming the crisis with the sustainable development of Vietnam’s aviation industry” on November 26, Ho Ngoc Yen Phuong, Vietjet Air’s Deputy CEO, said that the airline grew on average each year before the pandemic. 30%, tax and fee subsidies approximately 9,000 billion.

When the disease struck, its revenue fell by 70%. The company has reduced costs and reduced salaries by 50% for managers and paid a minimum income of VND 8-10 million for other employees.

Recently, Vietnam Airlines has been approved by the National Assembly a plan to allow the state bank to refinance and extend loans to banks. Therefore, Vietjet leaders proposed to support the source of refinancing for airlines with a loan limit of VND 4000 billion to regulate liquidity with favorable interest rates within 3-5 years. Consequently, Vietjet will pay debts and interest in 2023-2025.

In addition, Phuong proposed that the debts incurred in 2020 be extended until the end of 2021; 3% lower lending rates for airlines.

“By 2023, the aviation industry will recover, the current state aid will help airlines overcome difficult times, continue to grow, contribute to the budget,” Phuong stressed.

With the same position, Nguyen Khac Hai, Deputy Director General of Bamboo Airways, also suggested that the government have support packages that refinance 2-3% through credit information. Along with that is the support to reduce start-up fees, air handling and fuel costs until the end of 2021.

From an expert perspective, said Assoc.Prof.Dr. Ngo Tri Long that the airlines’ cash flow is heavily depleted, must continuously implement restructuring measures, increase short-term loans. The Aviation Business Association has asked the government to provide long-term loans of VND 25,000 billion. If a number of companies are allowed to borrow at a refinancing rate, such as the 4,000 billion CEO of Vietnam Airlines, the government will only have to support 1,000 billion CEO interest each year. While every year airlines pay taxes and fees to the state more than 20,000 billion VND.

“With capital to recover, the airlines will repay the debt, contribute a lot to the budget. After Vietnam Airlines, the government will have to give other airlines preferential loans to recover and also ensure an equally competitive environment,” says Mr. Long said.