Actor Michael Douglas got his star on the Hollywood Walk of Fame for his 50-year career in the show industry.

Douglas was accompanied by his father, Kirk Douglaes, and his wife, actress Catherine Zeta-Jones. Also present was Jane Fonda, who played with young Douglas in the drama of the 1979 nuclear power plant, "The China Syndrome", as Douglas also produced. NBCU Universal Vice President Ron Meyer, a former Douglas agent, was also present.

"This is a great honor and I'm not getting younger, so I want to enjoy it with my family," Douglas said.

The 74-year-old star said he had been lucky to be part of "Classic Hollywood and New Hollywood" and he commended the Walk of Fame as a link between the stars of the past and the present.

Photos: Sofia Vergara gets her star on the Hollywood Walk of Fame! 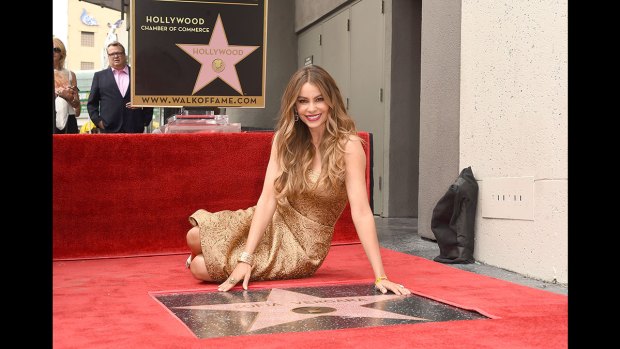 The star was number 2 648 since the completion of the Walk of Fame in 1961 and is a few meters from the star of the Church, according to Ana Martinez, producer of the Hollywood Walk of Fame. Kirk Douglas was among the first 1,558 stars when the Walk of Fame was completed in 1961.

The ceremony was held 10 days before the new Douglas comedy series "Kominsky Method", which will be broadcast on Netflix.

Douglas was chosen to receive a star in 2003, but the recipients have five years to relocate the ceremony. After five years, Martinez said he asked Paseo de la Fame Selection Committee to restore the star – a request that was approved.

Douglas won an Oscar for best actor in 1988 for his performance as financier Gordon Gekko on "Wall Street". He also won an Oscar 1976 as producer of the best picture, "One Flew Over the Cuckoo's Nest."

It has also become known for young film buffers through its interpretation as an entomologist and physicist Hank Pym in "Ant-Man" and "Ant-Man and Wasp".

Douglas graduated from the University of California Santa Barbara in 1968 and then moved to New York, where he will continue his dramatic workout. His major television role came in 1969 with the production of "CBS Playhouse", "The Experiment" as a young scientist who set aside his liberal principles for working in a chemical company.

Douglas's most famous television role was Deputy Inspector Steve Keller in 1972-77 crime drama "The Streets of San Francisco", which gave him three Emmy nominations for an outstanding supporting actor in a drama series.

Douglas received a prominent guest actor in a comedy series Emmy. nomination in 2002 for her depiction of gay detective in "Will & Grace". He won an outstanding leading actor in a miniseries or movie in 2013. to play the pianist Liberace in "Behind Candelabra".

Douglas also received an Emmy nomination 2002 as a guest actor in a comedy series for his depiction as a gay police detective in "Will & Grace" and earned recognition as a leading actor in a miniseries or movie 2013 to interpret the Liberace pianist in "Behind Candelabra".