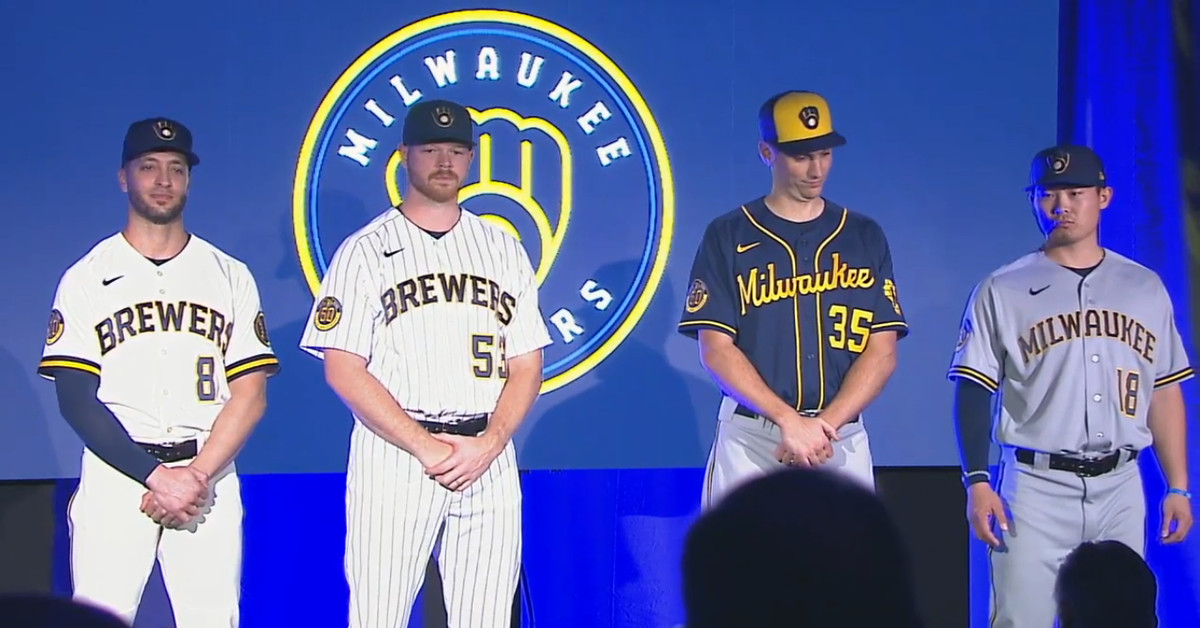 Weeks with rumors and leaked pictures may have ruined the surprise, but it's official now: Milwaukee Brewers is officially returning to its full-time ball-in glove logo.

This is the first time since 1993 that the design will be the team's primary logo. Brewers originally dropped it for their 25th anniversary in 1994 in favor of the polarizing "Motre Bame" locking M-and-B logo. That emblem would only last for six seasons before it was replaced by the "Brewers" and Barley M script that we have seen since then and became the longest logo in franchise history.

Owner Mark Attanasio says the team first started looking at bringing the logo back in 2015, but did not want to use the logo as a way to divert attention from a bad team. Instead, they wanted to look at the team's 50th anniversary 2020 as an opportunity. And here we are.

For the first time in 20 years, the brewers now receive a uniform review.

A closer look at the uniforms, which include tributes to the early era Brewers uniforms with block letters and pinstripes, now with navy blue tones and a brand new alternative shirt:

As Kyle pointed out before the event as part of the media gathered at Miller Park tonight, one of the new alternative logos blends some of the old with the new and uses barley twigs as the seams of a baseball.

The team also takes back Barrel Man and, just like Milwaukee Buck's latest redesign, will also have a logo representing the entire state of Wisconsin.

Now that we see the official images and not the grainy, low-quality images on Twitter, feel free to share your thoughts below.

How do you like the breweries' new logo and uniforms?