How the genome-edited babies revelation will affect research 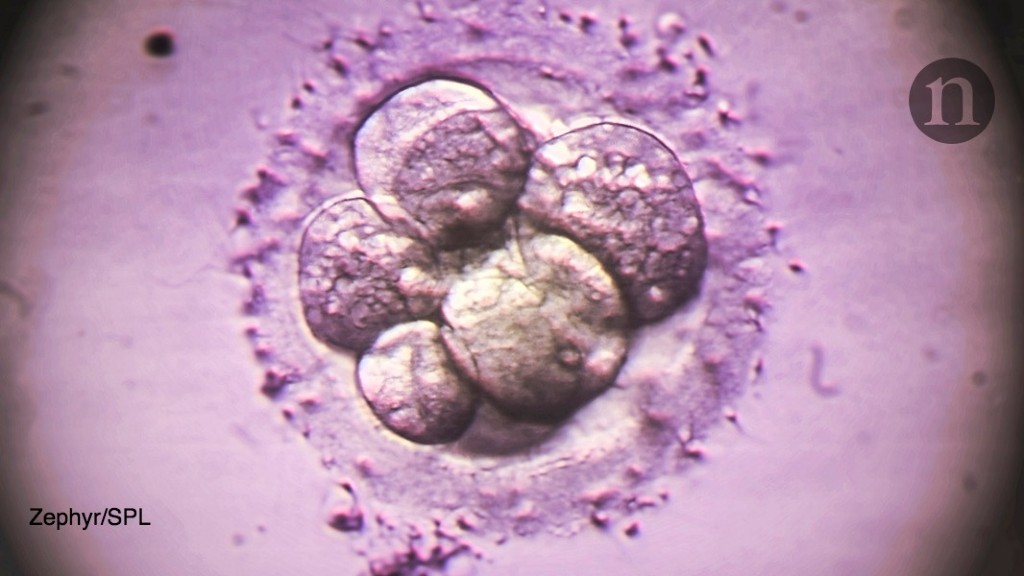 A day after news broke of a Chinese scientist who claims to have helped make the world's first genome-edited babies, researchers fear the startling announcement will hinder their efforts to safely translate gene-editing technology into treatments.

As scientists gathered for the Second International Summit on Human Gene Editing in Hong Kong today, conversation constantly turned to He Jiankui's claim – which has yet to be independently verified – to have impregnated a woman with embryos that had been modified to make them resistant to HIV infection. The woman gave birth to healthy twin girls this month, said he, a genome-editing researcher at the Southern University of Science and Technology in Shenzhen, in a video posted to YouTube.

The claim prompted shock and outrage from scientists, who questioned. He's justification for carrying out a preliminary and potentially risky procedure in people, without an international scientific consensus about whether and how such an experiment should be conducted. Even He's own university distanced himself from the results. Now scientists are also raising the prospect of a chilling effect on gene editing.

"I'm worried about a knee jerk reaction that might cause countries still working on regulations to make it unnecessarily hard to do this research," says Robin Lovell Badge, a developmental biologist at the Francis Crick Institute in London, who is attending the summit that runs from today until 29 November.

Jin Soo Kim, a molecular biologist at Seoul National University and meeting attendee, has been trying to persuade the South Korean government to relax its strict regulations on embryo research. The country does not allow research on embryos, including using gene-editing tools such as CRISPR-Cas9. Now Kim is worried that He's claims will lead to more restrictions in South Korea.

The Groups' statement also distanced He's work from mainstream science in China. "The experiment conducted by He is an individual activity," said it. They also call for government investigations.

On 27 November, the Chinese National Health Commission ordered the Guangdong Health Commission, where He's university is located, to investigate. The government of Shenzhen has also announced an investigation into the ethics approval that was claimed on the trial notification posted online.

Rosario Isasi, a legal scholar at the University of Miami in Florida, says scientists in China fear the country has picked up an unfair reputation for being lax with its regulation of scientific research. This latest announcement will not help, says Isasi, who has been working with the Chinese Academy of Sciences as an international fellow. "For the Chinese this is hurtful and they are tired," she says. In 2015, een onderzoeksgroep in China fired op debat rond het gebruik van geneditatie in menselijke embryo's door publicatie van het eerste gebruik van de technologie, hoewel in dat geval de embryo's niet werden geïmplanteerd.

Paula Cannon, who studies HIV at the University of Southern California in Los Angeles, says the news could also worsen the stigma of having HIV. He's procedure, in her opinion, casts being HIV positive as a condition that is so awful that people need to be genetically modified to overcome merely being susceptible to infection, she says. "The damage he has done to the field of gene editing, two HIV-positive individuals and their allies, two Chinese scientists. It's just horrible, "she says.

"The researchers here will be circumspect. They will watch reaction – there has been a lot of negative reaction. A lot will depend on what we learn from He Jiankui, "says meeting attendee Dana Carroll, a biochemist at the University of Utah in Salt Lake City.

Scientists at the meeting have many questions for He. Above all they want to see evidence of his claims, including sequencing data from the parents and twins to show that genome edits were made. De også vil bevise at det ikke var farlige off-target mutasjoner og for å avgjøre om noen av jentene er genetisk mosaikk – en tilstand i hvilke populasjoner av celler innenfor et individ har forskjellige genomer.

Han vil også måtte forklare om han hadde riktig etisk godkjenning for arbeidet. That He has made so little data available so far, with his announcement restricted to the YouTube videos, has frustrated scientists.

When asked what data she hopes to see presented tomorrow, Jennifer Doudna, a biochemist at the University of California, Berkeley, and pioneer of CRISPR-Cas9, says: "Anything!"

Damaging claimsDoudna worries that CRISPR could become associated with He's claims, which could be damaging if the babies turn out not to be healthy.

Men hun tror at det vil være offentlig støtte for genreditering eller embryos for reproduktive formål. Surveys have shown there are a lot of people open to human germline editing, she says.

The revelations about genetic edited babies have forced Doudna and other scientists to contemplate the need for a detailed set of criteria for responsible 'germline' editing, which involves embryos, sperm and eggs. Disse kriterier skal indeholde, hvilken grad af usikkerhed i editeringsprocessen er tilladt for proceduren, siger hun. "There's a potentially positive outcome," she says.

The meeting, which is sponsored by the Academy of Sciences of Hong Kong, the Royal Society of London, the US National Academy of Sciences and the US National Academy of Medicine, released a non-committal statement on He's work today. "Vi håper at dialogen på vores summit yderligere fremmer verdens forståelse av problemene omkring menneskelig genomredigering," sier uttalelsen. "Vårt mål er at bidra til at menneskelig genome redigeringsforskning utføres ansvarsfullt, for hele samfundets fordel." The statement also notes He's upcoming talk on 28 November.