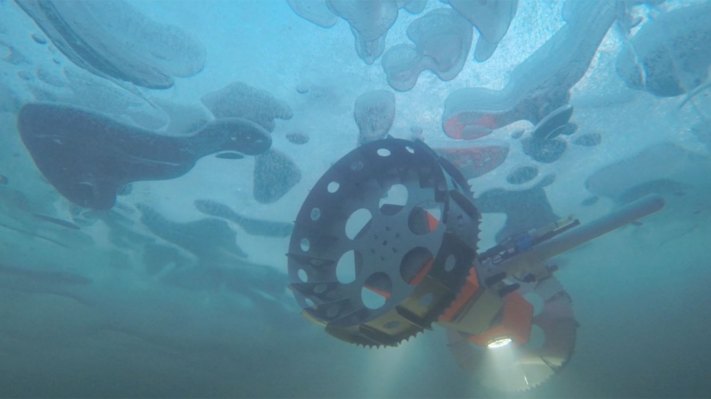 Exploring a distant moon usually means rolling around its uniquely inhospitable surface, but on icy sea moons like Saturn Enceladus, it may be better to get things down and up. This rover, soon to be tested in Antarctica, may one day roll along the underside of a mile-thick ice crust in a strange world.

It is believed that these oceanic moons may be the most likely to find signs of life sooner or now. But exploring them is no easy task.

Little is known about these moons, and the missions we have planned are great for mapping the surface, not penetrating their deepest secrets. But if we are ever to know what is happening under the mile of ice (water or other), we need something that can survive and move down there. 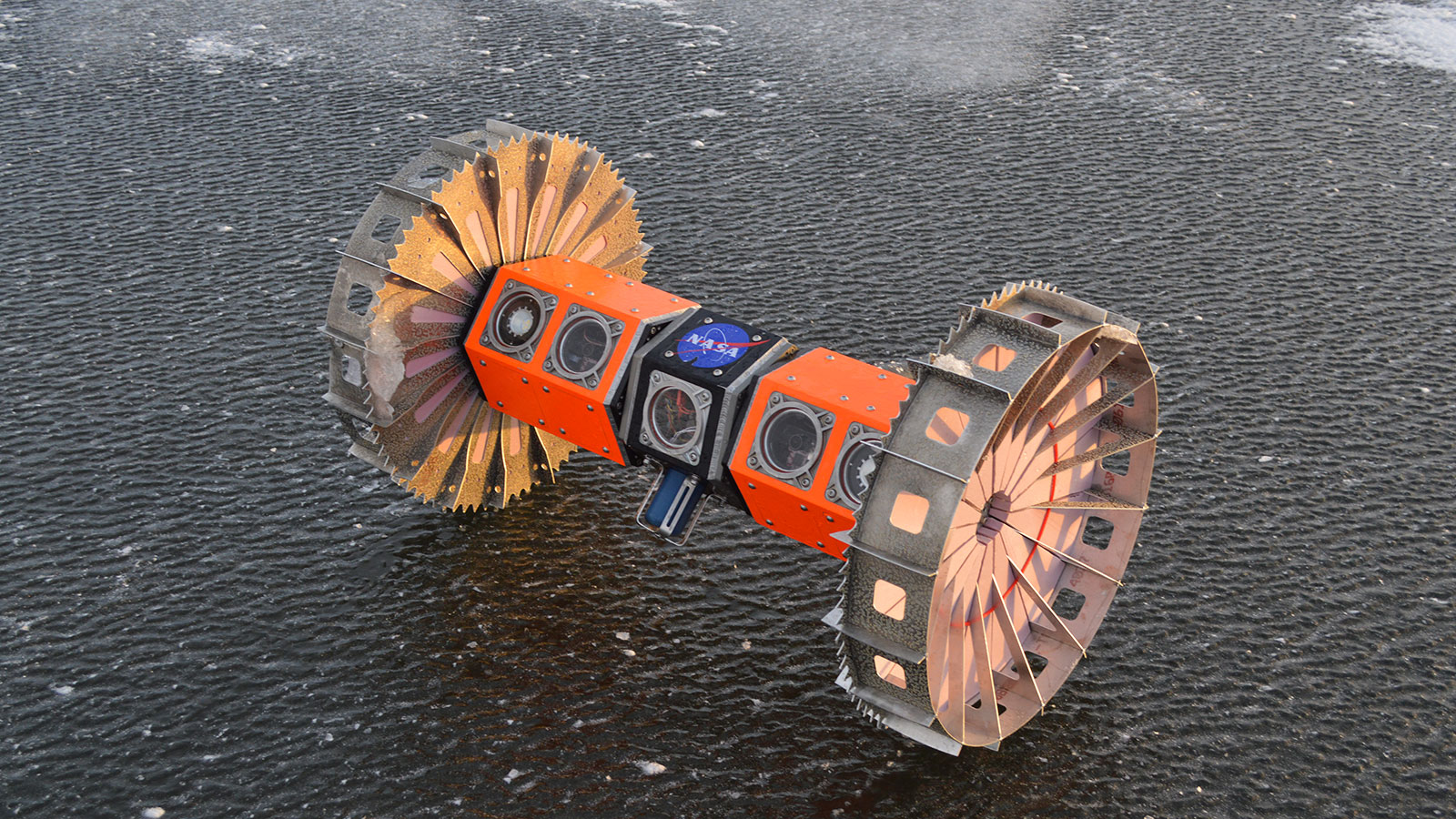 The Buoyant Rover for Under-Ice Exploration, or BRUIE, is a robotic exploration platform under development at the Jet Propulsion Laboratory in Pasadena. It looks a bit like an industrial-strength hoverboard (remember that?), And as you might guess from its name, it cruises around the ice up and down by making itself sufficiently fluid to give the wheels traction.

“We have found that life often lives on interfaces, both the seabed and the ice-water interface at the top. Most underwater life has a challenging time exploring this area, as ocean currents can cause them to crash, or they waste too much power to maintain position, ”explained BRUIE's leader, Andy Klesh, in a JPL blog post.

However, unlike ordinary underwater cars, this one could stay in one place and even temporarily turn off while maintaining its position and wake up only to measure. It can greatly extend its operational duration.

While the San Fernando Valley is a fantastic analogue for many dusty, sun-drenched extraterrestrial environments, it doesn't really have anything like an icy ocean to test in. So the team went to Antarctica.

The project has been developed since 2012 and has been tested in Alaska (pictured at the top) and the Arctic. But Antarctica is the ideal place to test extended distribution – ultimately for up to months at a time. Try where the sea ice recedes within a few miles of the pole.

Testing of the rover's potential scientific instruments is also in order, since in a situation where we are looking for signs of life we ​​are accuracy and precision.

JPL's technologies are supported by the Australian Antarctic Program, which maintains the Casey station, from which the mission will be based.