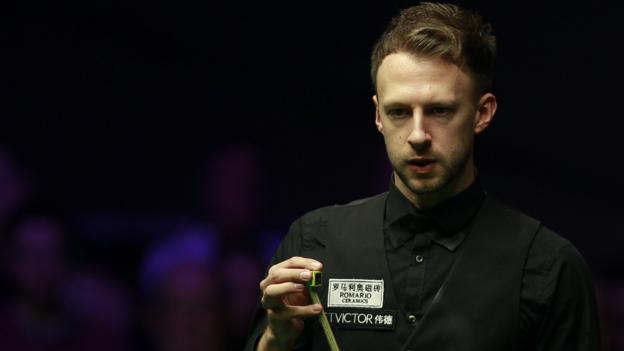 Judd Trump did a small job of joining former former champion Ding Junhui and Neil Robertson in round two of Britain's championships on the opening day.

But Trump said he "did not play well" and the score was "flattering".

"I made some important decisions but I felt a bit rusty," said 29-year-old BBC Sport.

"It's a new tournament, a new place, different conditions so you're just trying to get through.

"I have some luck here and there, but I do not want to be too hard on myself and you do not want to play your best things at the start of the tournament."

Wilson, who has not yet made the third round of the British championship, said: "It's an ideal start and good to get the first win out of the way.

"I have not done well here, but it's a big tournament and I really want to do well."

Two-time winners do not waste time

In the afternoon session, China's Ding, 2005 and 2009 champion was not at its best, but made the most of a nervous view of Adam Stefanow to develop 6-1.

Otherwise, 49-year-old former world champion Ken Doherty won six frames in a row when he came back from 2-0 to beat China's Yuan Sijun 6-2.

"I really look forward to it," he said. "If it's Ronnie, I've got nothing to lose. No one will give me a chance, but I can win and will just enjoy it anyway."