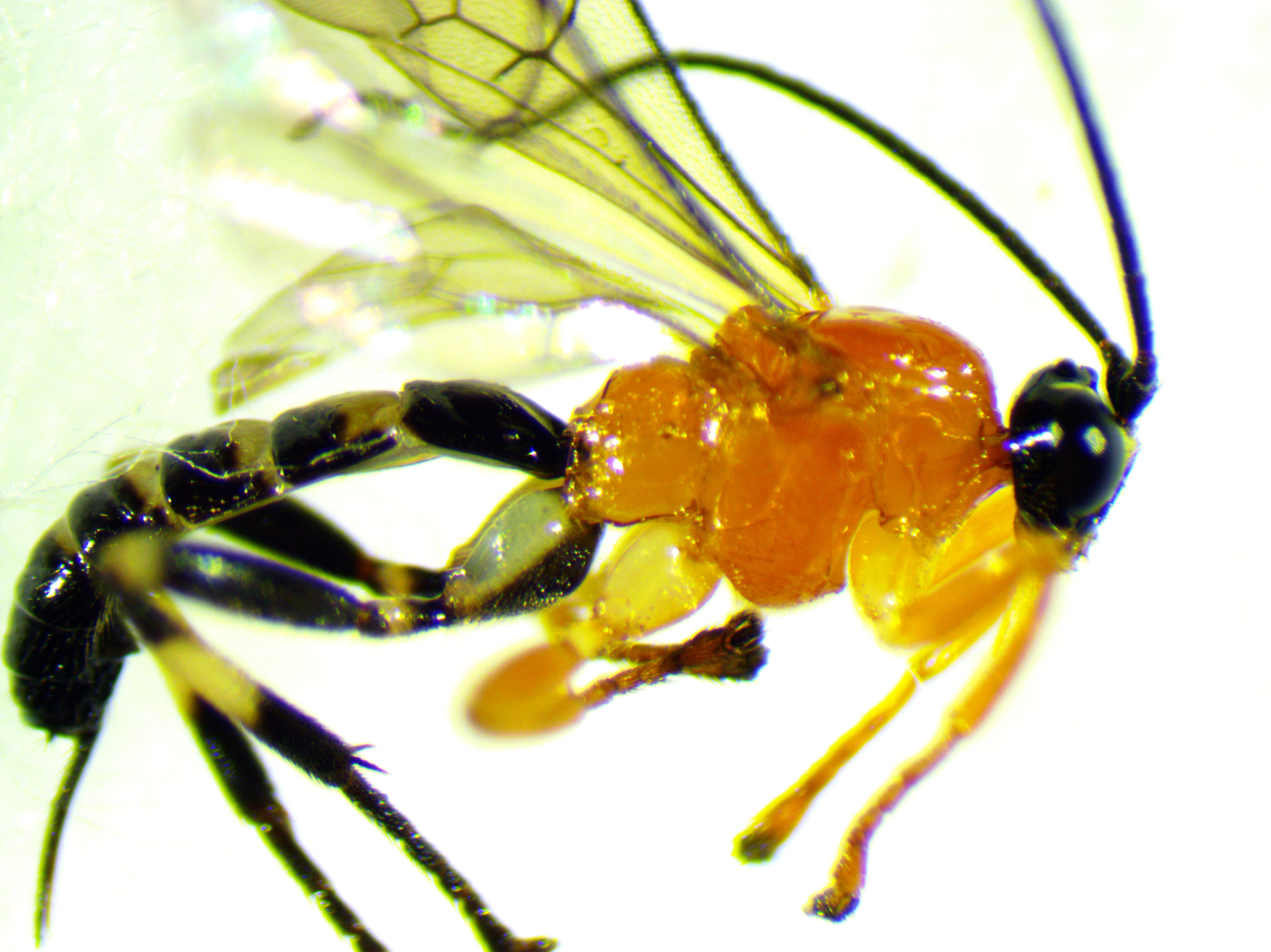 It sounds like the plot of the world's tiniest horror movie: deep in the Ecuadorian Amazon, a newly discovered species of wasp transforms a "social" spider into a zombie-like drone that abandons its colony to do the wasp's bidding.

That's the gruesome, real-life discovery by the University of British Columbia researchers, who detail the first example of a manipulative relationship between a new Zatypota species wasp and a social Anelosimus eximius spider in a study published recently in Ecological Entomology.

When Fernandez-Fournier noticed that some of the spiders were infected with a parasitic larva and spotted them wandering a foot or two away from their colonies to spin enclosed webs of densely spun silk and bits or foliage, he was puzzled. "It was very odd because they do not normally do that, so I started taking notes," he said.

Intrigued, he carefully took a few of the structures, known as "cocoon webs" back to the laboratory to see what would emerge from the depths.

To his surprise, it was a wasp.

"These wereps are very elegant looking and graceful," said Samantha Straus, co-author of the study and Ph.D. student in UBC's department of zoology. "But then they do the most brutal thing."

What they found were equal parts fascinating and horrifying: after an adult female wasp laying an egg on the abdomen of a spider, the larva hatches and attaches itself to its hapless arachnid host. It then presumably feeds on the spider's blood-like haemolymph, growing bigger and slowly taking over its body. The now "zombified" spider exits the colony and spins a cocoon for the larva before patiently waiting to be killed and consumed. After feasting on the spider, the larva enters its protected cocoon, emerging fully formed nine two eleven days later.

"But this behavior modification is so hardcore," said Straus. "The wasp completely hijacks the spider's behavior and brain and makes it do something it would never do, like leave its nest and spinning a completely different structure. That's very dangerous for these tiny spiders."

"We think the wasps are targeting these social spiders because it provides a large, stable host colony and food source," said Straus. "We also found that the larger the spider colony, the more likely it was that these wereps would target it."

Straus, who now sports a tattoo of the wasp, will return to Ecuador to investigate whether the wasps return to the same spider colonies generation after generation and what evolutionary advantage that might present.

Meanwhile, the wasps will probably continue their starring role in the spiders' worst nightmares.