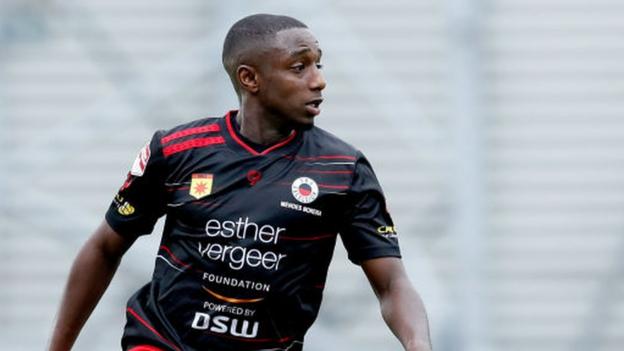 The referee removed the players after half an hour due to abuse from a section of the home fan.

"The Bosch was completely wrong yesterday with their first reaction," the club said in a statement.

"It seems there was racist abuse from the grandstand."

On Sunday, the club stated that opposition players near the De Viert stand inside their De Vliert stadium were regularly treated to a "crowing concert" by the home crowd.

But on Monday, they said: "This reaction was a boon that the club apologizes to everyone, especially Excelsior player Ahmad Mendes Moreira.

"The club is investigating further what actually happened and will do everything to find and punish those who are guilty of this."

Dutch football authorities have also launched an investigation into the incident.

Winger Moreira, 24, who was born in the Netherlands, said he was called "Negroes and Cotton Pickers".

"I'm just very angry and very sad that these things are still happening," he added.

Prosecutors will study camera material and work with police to determine what happened during the match in the North Brabant region.

The game, which ended 3-3, when Moreira scored in the 44th minute, restarted after 10 minutes of delay.

It is the latest racism event in European football in recent months, which includes the abuse of English players in a European Championship qualifier in Bulgaria, while Brescia striker Mario Balotelli threatened to step down after being targeted by monkey chants under his sides loss to Greece's Verona in Serie A.