NBU showed how the Ukrainian market of cashless transactions 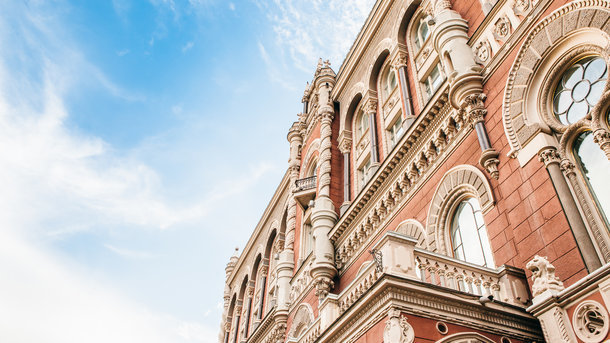 Ukraine's central bank published a report on the payment card market and non-cash transactions in the first three quarters of 2018.

According to the regulator, non-cash payments accounted for 44.3% of the total volume of transactions with cards from Ukrainian banks. This is 2.8 billion businesses. Last year it was 5% less. The volume of non-cash transactions exceeded 2 trillion UAH. These figures increased by 27.2% and 38.5%, respectively. Also in NBU took statistics for the past 8 years, – reports AIN.UA. 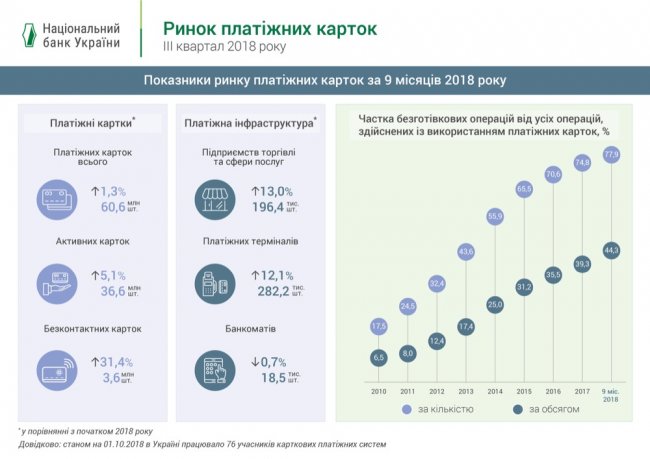 Most, 1.1 billion, or 51.7% of the calculations, stood for retail chains. Ukrainians have spent more than $ 902 billion this way. Most of all – online.

Abroad, with the help of Ukrainian cards, we conducted operations for 26 billion 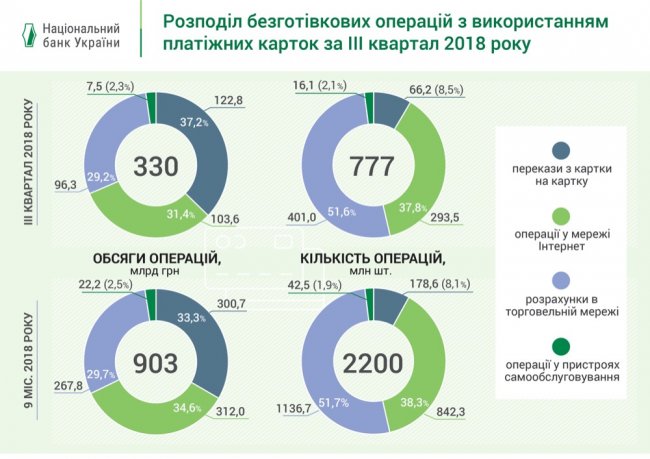 In NBU report on increased popularity of payment cards. The number of sales increased by 1.3% to 60.6 million units. Of these, 36.6 million units are active, which is 5.1% more than in early 2018. 3.6 million cards can work in contactless mode, but this segment grew most actively, with 31.4%.

MasterCard is leading the card market. This payment system accounts for 24.9 million cards. Visa – 11.3 million units, the national payment system "Prostir" – 0.4 million. In volume and number of MasterCard operations, 70.2% of the market for each indicator is primarily taken. Most of the cards were issued by PrivatBank, Oshadbank and Raiffeisen Bank Aval, exact data was not disclosed. 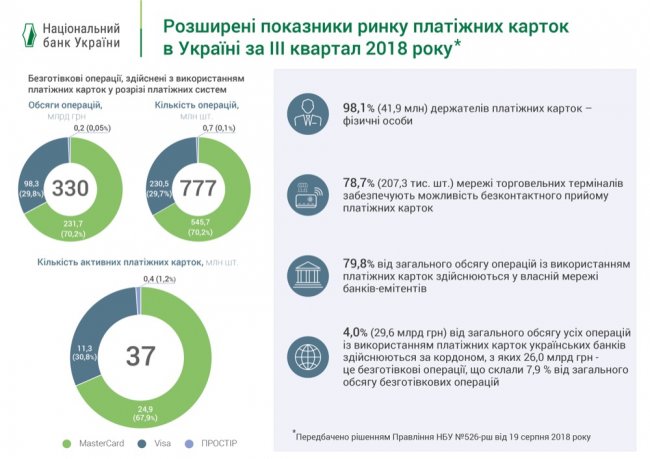 Recall In anticipation of the fight, the NBU asked to fill ATMs with cash. The bank's management held an urgent meeting with bankers.

Earlier we wrote it NBU "stock" dollar on the interbank market. The regulator announced an auction of 100 million euros.