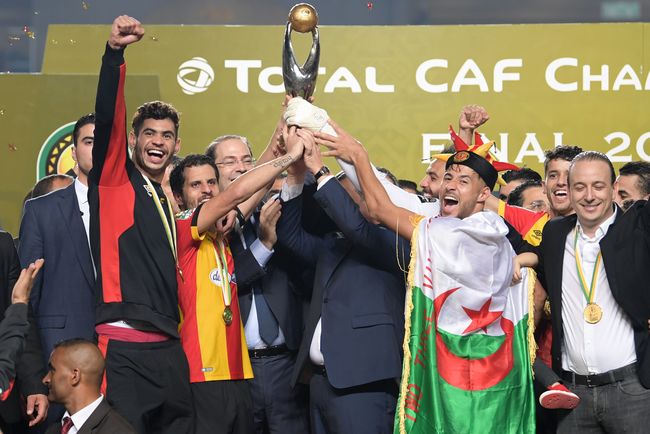 The club from Tunisia played out the Egyptian "Al Ahly"

Tunisia's Esperance Club became winner of the Champions League by the African Football Confederation (CAF) and won a ticket to the club's world championship.

Esperance hit Egyptian Al Ahly in two meetings. The return game, held in Rades (Tunisia), ended with the score – 3: 0 in favor of the hosts, where Saad Bghuir took the double (45th and 54th minute), considered 86th Anis Badri himself. In the first match, Al-Ahly proved stronger – 3: 1.

As Informer As before the game, Tunisian fans threw stones on the bus with Al-Ahly players, midfielder Hesham Mohamed suffered head injury.

For the Tunisian club this is the third title of the winner of the Champions League CAF. At the World Cup, held in December in the UAE, "Esperance" begins with the quarterfinals. His opponent will be the winner of the pair. Al Ain – Tim Wellington

2017 Real Madrid won the World Club Championship for the second time in a row. In the last Madrid hit Brazilian "Gremio".

You are now watching the news "" Esperance "became winner of the African Champions League." Other football news, see the block "Latest News"