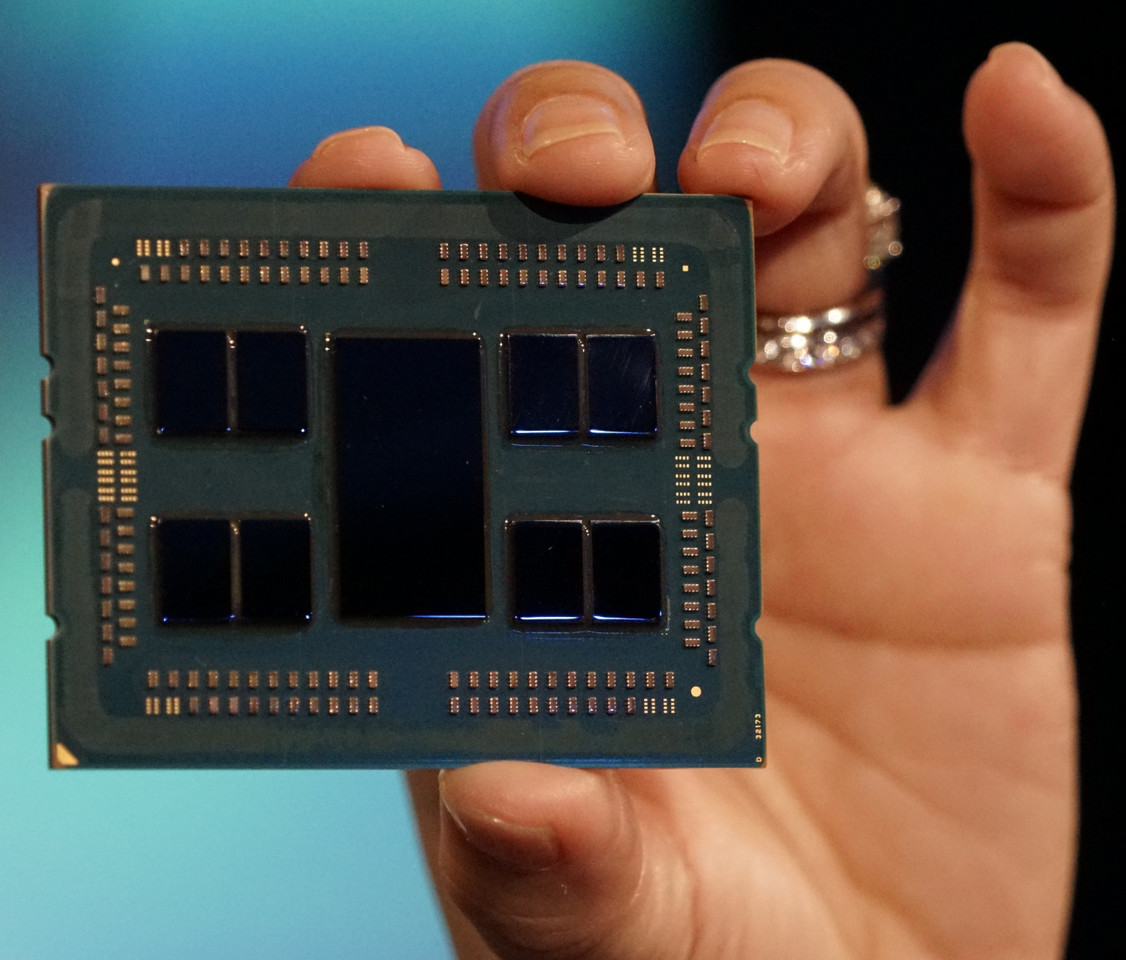 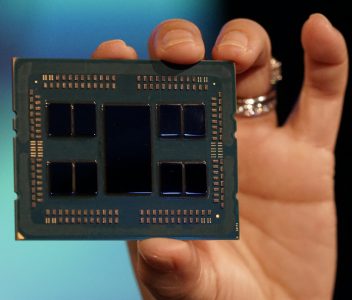 AMD has held the Next Horizon event, featuring the world's first Radeon Instinct MI50 and MI60 graphics accelerators, made at 7-nm process technology, and also talked about the new Zen 2 architecture. 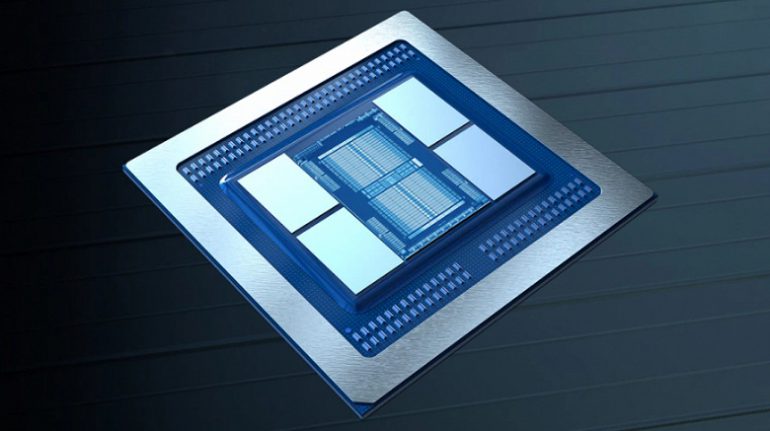 The Radeon Instinct MI50 and MI60 are based on Vega 20. The architecture is designed to perform deep learning in the field of artificial intelligence, high performance computers and other professional purposes. Uses cover a range of industries, including different science, automotive industry, aviation and defense.

The Radeon Instinct MI50 has 16 GB (MI60 – 32 GB) of HBM2 memory and built-in logic, which provides hardware virtualization, which is an advantage for cloud computing. The older model delivers maximum performance up to 7.4 teraflops FP64, the youngest – 6.7 teroflops FP64, which would enable researchers and researchers to more efficiently use high performance computers (HPC). 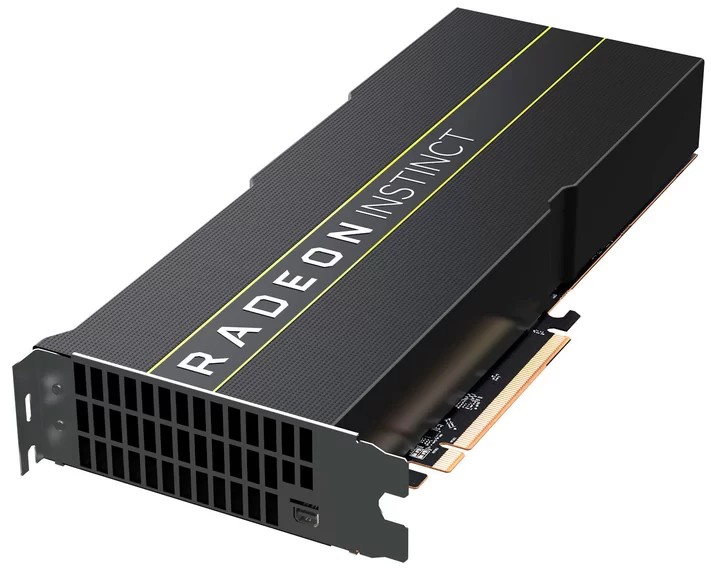 There are two Infinity Fabric Links, which provide peer-to-peer network bandwidth up to 200GB / s for connections at speeds up to six times faster than PCIe 3.0. This allows you to connect up to four graphics processors in a configuration. The new GPUs support the PCIe 4.0 data transfer interface. The first deliveries of MI60 are expected by the end of 2018 and MI50 – during the first quarter of 2019. 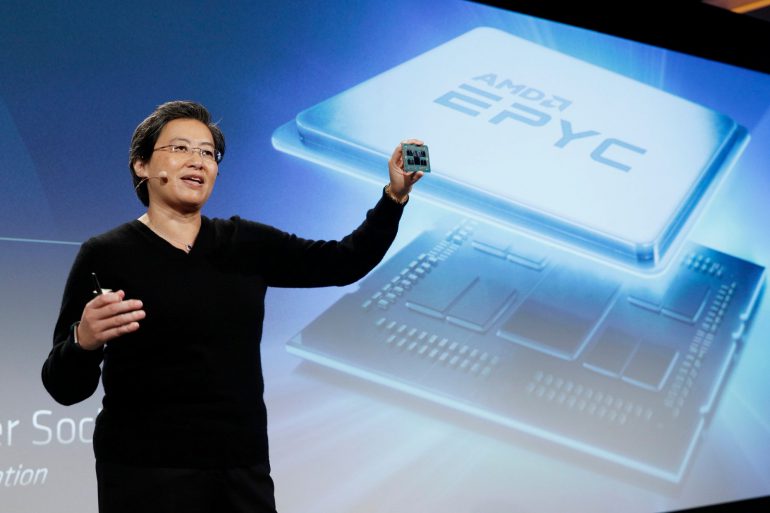 AMD has made significant changes in the new 7-nm architecture for its future server processors Epyc Rome, which will be its first carrier. This has doubled the capacity of Zen 2 as compared to the first generation. Key points also include a completely new data pipeline and large floating points, doubling operations to 256 bits. Zen 2 also offers enhanced hardware protection against certain Specter attacks. 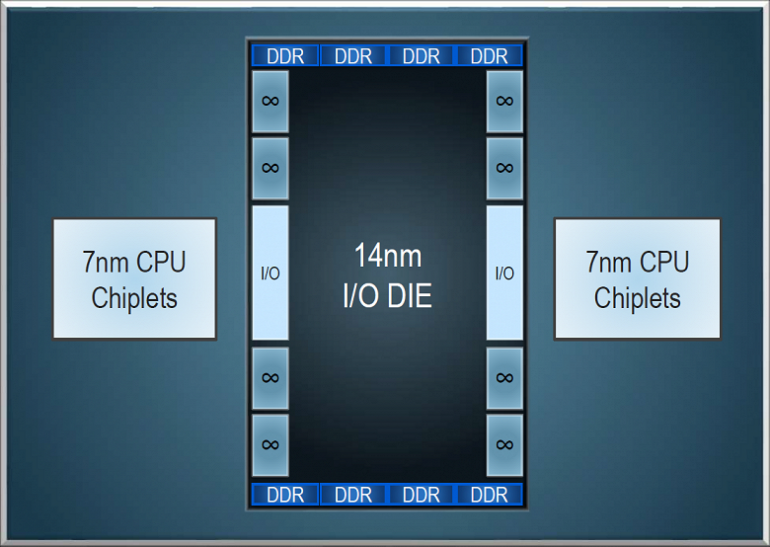 As shown in the title photo, the new architecture will provide a very unusual arrangement of crystals – a block of controls and interfaces will be placed on the same substrate with the processor's chips. AMD called this configuration Chiplet Design. Among other things, it will eliminate the limitations of representatives of the current generation of Zen +, associated with non-uniform memory access (NUMA).

Interestingly, a crystalline-associated component is manufactured using a 14-nanometer process technology. That's why it's so much bigger than processor chips.

AMD also nominated the fourth generation of Zen micro architecture. Zen 4 is currently in development, so the company is not in a hurry with the details. First, the manufacturer will handle space-based Zen 2 processors, then release processors based on Zen 3 architecture with second-generation 7-nm TSMC process technology (N7 +). It is possible that processors based on Zen 4 will be manufactured using more advanced technology. But it will not be before 2021.