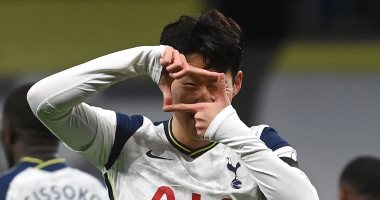 South Korean star Heung Min Son scored Tottenham’s first goal against his home side Arsenal during the Derby meeting in north London, which currently brings the two teams together at Tottenham Stadium, in the top of the eleventh round of Premier League matches.

Sun’s goal came, in the 13th minute of the match, with a wonderful shot that went to the left of the German goalkeeper Lino, to make it 1-0 for Tottenham.

Arsenal coach Mikel Arteta enters the game tonight in the hope of making a good match and achieving a positive result, returning to the winning track and taking advantage of his players’ high spirits, after beating Rapid Wien, Austria, by 3 clean , on Thursday night after Janners had been exposed to a wave of dizzying Unmatched in recent weeks, after the season’s fantastic start, and they topped the championship.

While coach Jose Mourinho, Tottenham Hotspur, hopes to maintain his impressive record against Arsenal, as he has only lost a match of 17 against Arsenal at the head of the coaches of Chelsea, Manchester United and Tottenham, and has not tasted defeat in any competition against Al Janners at home.

The Portuguese coach also hopes to increase the unbeaten streak in the Premier League, as he has kept his record unbeaten locally in nine matches since losing his opening match at home with a clean sheet from Everton, to increase his lead in the tournament table.

Tottenham Hotspur top the Premier League position with 21 points, on goal difference from defending champions Liverpool last season, while Arsenal are in 14th place with 13 points.