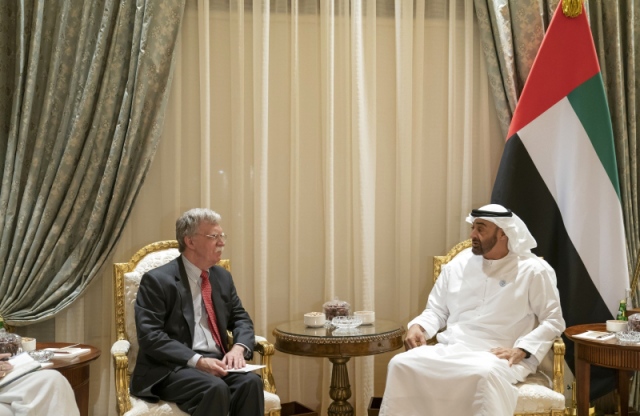 During his meeting in the Shatt al-Shati palace, Prince and Chancellor John Bolton discussed cooperative relations, coordination and joint action between the two friendly countries in various aspects, in addition to a number of issues of mutual interest.

His Highness and the American official exchanged views on a number of regional and international issues and issues of mutual interest.

And referred to the international efforts and the common coordination to meet terrorism and terrorist organizations and ways to eradicate this torment and wipe its sources, in addition to achieving the aspirations of the people of the region of construction, development and stability.