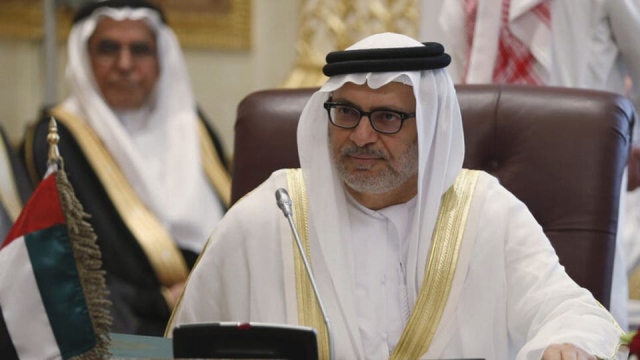 Today, Sunday, Foreign Minister Dr. Anwar Gargash that the large Arab support for Egyptian President Abdel Fattah El-Sisi’s speech on Libya is a clear indication of the Arab world’s refusal to violate its sovereignty and its borders with regional countries.

Gargash said in a tweet on his account on the social networking site “Twitter” that the current weakness of the Arab system is urgent and that the principled positions require balanced relationships that maintain stability and sovereignty will remain firm.

Several Arab countries had supported Egypt’s right to defend itself against developments in the Libyan countries, after the Egyptian president announced on Saturday that the Egyptian army could defend Egypt inside and outside its borders and warned that it would not allow any threat to security at the However, Egypt’s western borders and the stressed cities of Sirte and Jufrah in Libya are a red line for Egypt.

Al-Sisi said during his inspection of the members of the Western military region that the Egyptian army protects and does not threaten … and can defend Egypt’s national security inside and outside the country’s borders.

Al-Sisi clarified that Egypt has taken a firm stance and called for a comprehensive peaceful solution that reaffirms the sovereignty, security and safety of the Libyan territories, restores institutions, eliminates terrorism and extremist militias, and puts an end to illegal foreign interference that drives up terrorism in the region. .

He said the Sirte region crossed a red line and Jufrah, and Egypt did not want to interfere in Libya’s affairs, but what is happening now threatens Egyptian and Arab national security.