Amal Hamada died of a clinical death and Elissa sad

The star in the media media and the famous phrase "extinct men", Amal Hamada, suffered a stroke.

According to some information, Amal was introduced to Al Najda Hospital in Nabatiyeh after her health deteriorated and she died.

Ahmed Yassin, who identified himself as Amal Ghard's nephew, said, "My cousin, Amal Hamadeh's comrade, suffered a serious stroke. In the event of my death, I jumped with her laugh and the shadow of light."

The story of Amal Hamas death killing (a clinical death, one last death) shocked many stars, including the Lebanese Elissa, who wrote: "I was very upset when I knew about Amal Hamas's death." She was cruel with her comments, but before death, we meet and pray for her soul. 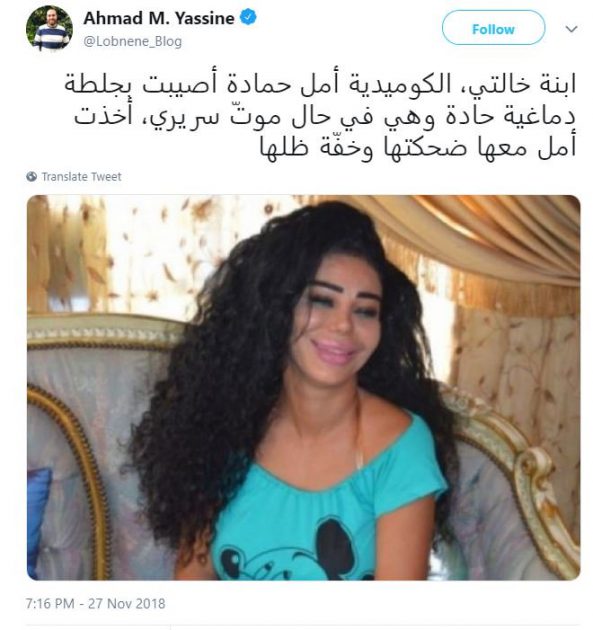