Wu Chengyuan point of view: What is the difference between the Cai government's autocracy and war? 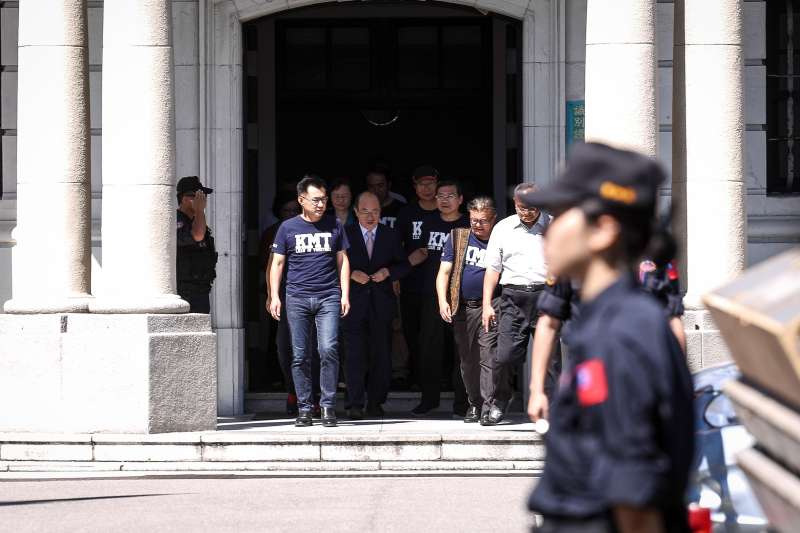 In contrast to the mainland application for the opening of "Hong Kong, Macao and Taiwan's residence permit", Executive Yuan announced that it will limit the citizenship of Taiwanese people with a residence permit in the future. This has led to unconstitutional doubts. It is extremely ironic for the government of Cai, which has always emphasized the unity of the country by identifying which citizens have right or partial rights as a result of "residence permit" issued by the mainland. Public opinion will depend on the "China Constitution" in the future. Cross-links are dealt with "Regulations on relations between the People's Republic By granting residence permits and giving Taiwanese businessmen and Taiwanese students a" quasi-national treatment ", it is good for applicants to make life easier. The enjoyment of" quasi-national treatment "does not mean that The mainland is classified as a "national." The sensitive nerves affecting the two Chinese are more than the land-based. The Cai government has restricted citizens' citizenship and punished their own people "non-citizens." It is feared that the Taiwanese people work hard , studying or living on the mainland will be marginal people on both sides of the strait. On September 1, 2018, the Changtai County in Fujian Province accepted the entry permit for residents in Hong Kong, Macao and Taiwan to apply for residence permits for Hong Kong, Macao and Taiwan residents. . (Changtai News Network) Tsai Ing-wen has thousands of tolls claims of the "Republic of China Constitution" attitude, but "rejection of reunification" and "Taiwan's independence" are determinable guiding instructions. Although it is a full-fledged ruling party, the DPP, which has been careful about the US and mainland, dare not change the constitutional content, country code, and territorial scope of the national flag, or dare not abolish the cross-border rules, abolish the MAC but choose Not worried about external factors, the constitutional rights granted by the Constitution have been reduced. It is also true that DPP does not manage the mainland Huitai offensive and repairs the self-inferiority ruling and creates classics. Instead of letting democracy go and name and destroy, perhaps the Cai government may consider adopting a "temporary problem for mobilization of problems". After all, with high-pressure policy, the country that manages the country of residence of the country of residence …