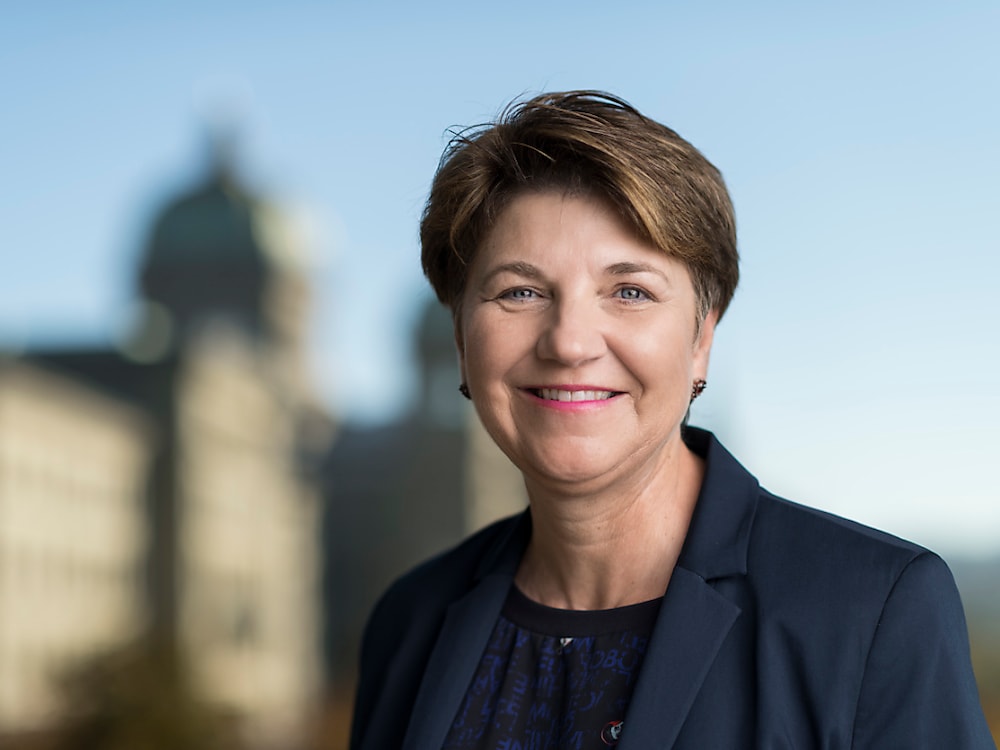 Valais CVP National Councilor Viola Amherd looks like a politician and bridge builder. SVP is however the lawyer and notary to the left and feminist. As the only Federal Council candidate, it has recently caused negative headlines.

Often in the headlines than the other Bundesrat candidates: Valais CVP National Councilor Viola Amherd. (File)

When Amherd began her political career with Oberwalli's CVP in 1992, she never thought that one day she would run to the Federal Council. And yet, the 56-year-old is acting as successor to the outgoing CVP federal council Doris Leuthard. For a long time she was considered a clear favorite.

However, this has changed in recent weeks and days. First, "Walliser Bote" reported on a Mietgesaffäre where the society of heirs to Amherd is involved. The Federal Council's assurances that the dispute involved civil and not criminal proceedings, and that the matter has nothing to do with her political work did a little bit well.

The case went round, and "World Week" put one on top. She accused Amherd of having taken two young notaries with several thousand francs. Amherd described the statements of "World Week" at their media conference in Brig, explaining her motive for the Federal Council candidate as "completely wrong." Nevertheless, the reports may have caused doubts among several MPs.

The irony of the story is that Amherd was forced to go to the hospital for kidney stones. Her candidacy was announced by the Upper Valais on October 24th from the hospital bed via a communique. She revealed to the "look" that her "godfather" – her sister's daughter – had encouraged her to run to work. Amherd is single and has no children herself.

At the beginning of her political career, Amherd had to "persuade" according to her own statements rather than run for the office. The trained lawyer made the 1992 election to Brigts City Council. Four years later, she became vice president of the city and 2000 city president. This office held Amherd for twelve years.

In 1999, the attempt to become the first woman to enter the Wallis government failed. Amherd was the second behind the SP man Thomas Burgener.

In 2005, Amherd joined the national policy through the back door. As the first substitute on the CVP list, she was able to inherit Jean-Michel Cina in the Riksdag, as this was elected to the Valais government council.

As a discreet politician, Amherd prefers the scenes. Nevertheless, she managed to be ranked by "SonntagsZeitung" 2017 ranking of the most influential MPs to 18th place.

The deputy chairman of the CVP Group, who has been employed for seven years, is involved in the National Council for Children and Young People. Amherd also fights for the interests of the peripheral and mountainous regions.

Amherd likes to see himself as a "bridge builder" and claims a place in the middle of the political spectrum. Valaisan has support from the left as well as from the right. Greens gave her 2015 in connection with the election of Guy Parmelin (SVP) 16 votes. The bourgeois camp is, however, much less enthusiastic about the Amherd CVP policy. Especially in SVP, it is perceived as left and feminist.