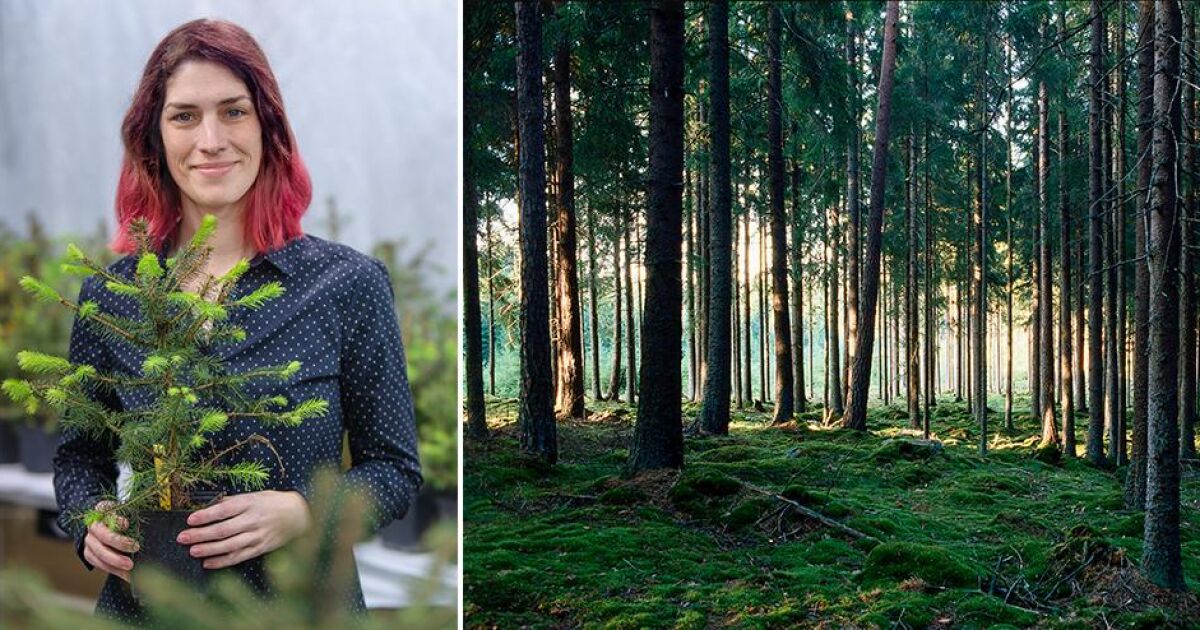 New research has discovered that even the fungi and bacteria that live on the spruce are affected by climate change. It may be useful knowledge for the forest industry for a future with other climatic conditions.

It is not only the trees in the forests that are affected by climate change, but also sponges and bacteria that live on the spruce. With higher temperatures, pine stocks will suffer from dry summer and probably frost damage in the spring, as the seasons will change.

The stress that this implies on the firs reduces productivity, but may even threaten the occurrence of spruce in the woods.

The question of how the grain can be adapted to climate change and to withstand drought and frost stress has engaged scientists. In a new dissertation at Umeå University, doctoral student Julia Haas compares stress-responsive genes in granular plants with known mechanisms in the model plant backtrav, a plant commonly used in the laboratory.

"The results showed that well-characterized transcription factors that in backtrav regulate the expression of genes that are included in multiple stress responses either lacked counterparts in spruce, or were differentially expressed. This indicates that stress responses have developed differently in spruce compared with backtraw, "according to a press release from Umeå University.

An explanation for the differences may be that spruce often grows in tough environments and in extreme climates.

– What it also means is that a simple transition of knowledge from backtrav, arable crops and broadleaf trees is not possible. Gran requires its own set of tools for processing and genetic engineering, and my research provides an initial understanding of grid-specific mechanisms. This knowledge may be useful for planting more tolerant trees. says Julia Haas.

Microorganisms like bacteria and fungi can promote growth and improve the abiotic stress tolerance of the plant. But changes, caused by climate or humans, which increase nutrient supply to ecosystems can have unexpected effects on microorganisms, both positive and negative.

In the spruce stocks that Julia Haas studied and who received long-term fertilization for 25 years, the results showed a multitude of symbiotic fungi and bacteria as a result of increased nutrient availability.

"The response to this type of ecosystem is very dynamic. We must expand the classical research focusing on the mycorrhizas vampires and start looking at additional services that microorganisms can give to the plants to fully understand the significance of these changes in the composition of the microbiomic. In addition, identification of beneficial plant microbiotics and application in nursery is an interesting alternative for the forest industry to ensure tree production and growth in challenging climate conditions in the future, "Julia Haas says.