Modo back in the race – hit the series leader 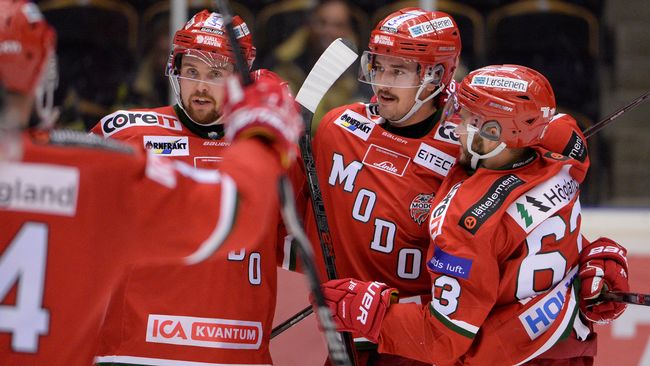 After three straight away matches, Modo was back in Fjällräven Center where Daniel Sylwander showed his way with his 1-0 in the second period ahead of 2,383 spectators on the stands.

Two and a half minutes later, Henrik Björklund kept up front and increased to 2-0.

The top team Oskarshamn fought back into the match and the scoring Arsi Piispanen first scored Filip Sveningsson for the reduction and then Alex Hutchings to the 10-minute receipt of the regular time.

The same Hutchings got a freeze in the long run, but was awake and missed. Later, Modos team captain Tobias Enström was also completely clean, but he also missed.

The match was decided instead of penalty where the away team missed both of their attempts and Modo put their. Henrik Björklund was noted for the match-fixing penalty.

Linus Lundin impressed in the goal and saved 39 out of 41 shots.

Despite the loss, Oskarshamn is new series leader in all Swedish. They score the same points (49) as AIK but with the snap better goal difference. Modo is in seventh place with 37 points, as many as femman Karlskoga.