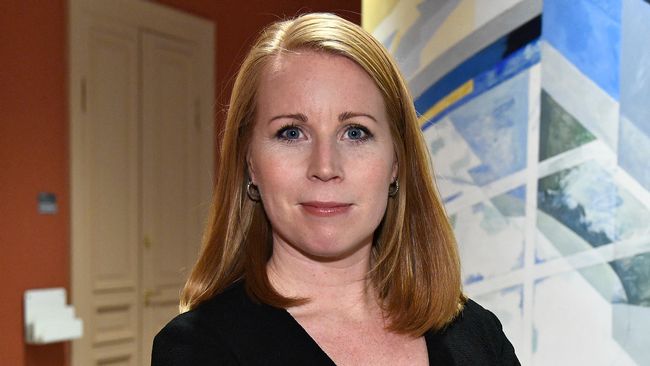 The Center Party wants to lower income tax for all and Annie Lööf specifically mentions that she wants to reduce the marginal tax greatly. The party thus wants to raise the limit for when payers begin to pay state income tax.

Social Democrats want to lower the tax for pensioners but do not want to see new tax cuts.

The center also wants to lower the tax for companies. The Riksdag voted to lower the corporate tax earlier this year, but C wants it to be at an even lower level.

In general, the Center Party wants to reduce the number of rules for companies, including tax rules.

Social Democrats want to see simplifications in corporate rules, but do not reduce corporate tax further.

C wants more people to run healthcare companies and think that the red-green government has made it too difficult. The party also wants to "further develop freedom of choice" in the field of healthcare. Even with regard to the school, the Center wants increased freedom of choice throughout the pre-school for higher education.

Social Democrats want, among other things, to ban religious schools and chose to "stop the profit hunt" in care, school and care. S also wants to stop privatizations of emergency hospitals and university hospitals.

C wants to make it easier to build, inter alia by abolishing parts of the beach shelter and removing the requirement for building permits for those who want to build close to their farm. In addition, C wants to allow farm sales of alcohol.

"To a greater extent, what is not explicitly forbidden to be allowed" should be stated in the election manifesto.

Social Democrats also want to review the beach protection, but say no to farm sales of alcohol.

The Center Party wants to lower the employers' gifts and drop it completely when companies hire someone who gets their first job and when the company hires their first employee. Companies employing new arrivals will lose employers' fees and pay lower entry salary

Social Democrats want to abolish public fixed-term employment and introduce full-time as a norm. In the election, the party writes that "reject proposals that undermine employment security and legislation on reduced wages".

C does not want to introduce market rent but wants more rent rental than today, especially when it comes to newly built apartments. It would reduce the black trade with a lease, "said the party.