Analysis: Annie Lööf has the key to power – and she knows about it 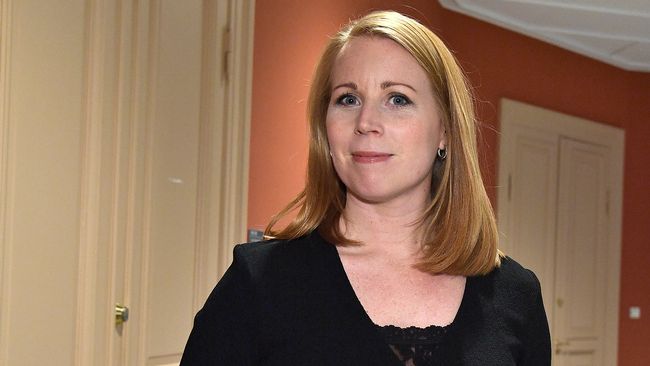 The center leader's draft on Tuesday afternoon obviously received great media attention, as Swedish politics has been in a state of death since the election day on September 9th.

Now suddenly there was an agreement for opening: Annie Lööf announced that she is prepared to release Stefan Löfven as prime minister if a number of very hard political conditions are met. In practice, this would mean that Stefan Löfven agrees to pursue civil policy, directed by the Center Party.

To be seen as an opening bid

An unrealistic political bid with the sole intention of compelling Löfven to deny no to legitimize the Center's no-votes in a forthcoming prime ministerial vote?

No, probably not. Annie Lööf's version should rather be seen as a first exit bid for the Social Democrats. The fact that she deals with all the party's most rightliberal proposals depends mainly on two things: She wants to show Löfven that she does not intend to sell cheaply, and she wants to show bourgeois voters that she is bound by a bourgeois policy.

Risk of being relegated to the stands

Stefan Löfven is obviously aware that he has to pay a high price for the Center Party's support. Without Annie Lööf's 31 mandate in the Riksdag, he can forget the Prime Minister's post. If he thinks no to Annie Lööf, he also risks driving her back in the arm of Ulf Kristersson's M-leader. And if, as a consequence, the Center Party would say yes to an M / KD government, which also supports the Swedish Democrats, the Social Democrats risk losing all influence over the foreseeable future in Swedish politics. The Alliance and the Swedish Democrats have 60 percent of the mandate in the Riksdag, and the Center party would ultimately accept SD support, yes, the new political landscape can be both set and established for a long time to come. With such a power constellation, the Social Democrats would be relegated to the stands.

Several of the requirements are quite disgusting for S

All of this, of course, knows Stefan Löfven and Annie Lööf as well. Her huge list of requirements will nevertheless be difficult for him. But note that today she did not want to specify the way in which the Social Democrats must meet it. It is likely that future negotiations will take place. A new budget will be tricked together, changes budgets will be made.

But the question is whether Social Democrats believe it is worth accepting her demands? In one wave bowl there is, of course, government power and the possibility of basically dividing the bourgeois Alliance. In the second wave bowl there are a series of Social Democrats disgusting political proposals, such as Annie Lööf's demands for comprehensive liberalization of labor law. And introducing more of market rents is almost the same taboo. Not to mention lower entry wages in the labor market or greatly reduced taxes.

Debate within the labor movement is to wait

All of this is a series of pimples. The lion must swallow, or in any case prove ready to swallow if he can remain in the government. But count on debate in the labor movement. One of the Center Party's proposals is that all companies with up to 50 employees should be completely excluded from the rules of the tour. The LO can hardly make the wave.

Another reason Annie Lööf goes out so hard is to show all bourgeois voters that she politically adheres to the promises she gave in the election movement.

The Center Party is a bourgeois party, located far to the right in several political issues. The fact that Annie Lööf still overlooked the release of Stefan Löfven simply depends that she wants to stop Sweden Democrats from influence and there is no alternative in today's parliamentary position.

But then it also has to show the bourgeois voters who voted in the Center Party in the election that she also stands today for the Center Party's policy. One hope is that this will alleviate the delusions that may come if she finally releases Stefan Löfven as prime minister.

The long list of requirements also means that the ball returns to the knee at Löfven. If he decides to decline, it will be harder to put the blame on Annie Lööf for the prolonged government formation.

What's going on now is a complicated political game with high efforts. Should the talks between the Center Party and Social Democrats fail, then Stefan Löfven will fall in next week's planned prime ministerial vote. Then Sweden takes another step closer to an extra choice.