Live: Zajc to sing in training, seven Slovenian to battle for Sunday match 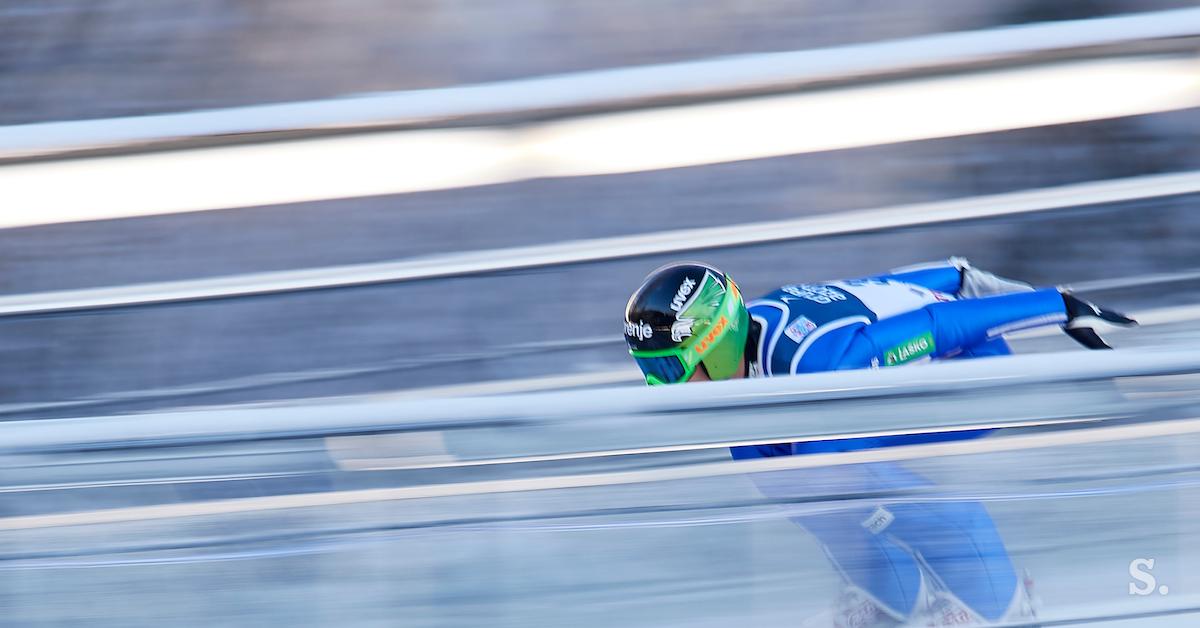 At 18.00 the 40th season of the World Cup started in skiing jumping in Poland. Seven Slovenians will try to pass through the term of qualifying for the Sunday match (15.00) in Wisla. The new coach, Gorazd Bertoncelj, awaits most veteran Jernej Damjan and 18-year-old Timmy Zajc. Debut at the highest level awaits 17-year-old Žak Mogel, who will jump as the first of Slovenian with number six. The great crystal ball is defended by the domestic Kamil Stoch. Team match is followed on Saturday at. 16:00.

The end of the waiting time, the ski jumpers gathered in Poland

Prior to the qualification, there were also two training sessions. At the second training he was the best Slovenian Timi Zajc, who won fifth place, Anže Lanišek He was 18. The training was actually belonging to the German Stephan Leyhetu.

Ski jumpers gather in Wisla, where 68 representatives are qualified (young Kazakhstan Nurszat Tursunjanow and Nikita Dewiatkin will only jump on training) for the season's first individual match. It will be on Sunday when the 50 best qualifications will move at 15:00.

The Slovenian national team is in charge of the new team Gorazd Bertoncelj, who after seven years replaced Goran Janus on the coach. Bertoncelj can count on seven hopes in Poland, as he is a 17-year-old debutant Jacques Mogel In the continental cup, Slovenia received an additional quota for the first world cup.


Slovenian teenager coming into a new dimension on Friday

First, the jumper will jump from Slovenia number 6 could, will they follow Anže Lanišek (10), Bor Pavlovčič (30), Tomaž Naglič (31), Timi Zajc (41), Anže Semenič (50) and Jernej Damjan (55). The coach staff is happy with the preparations, but he is not correct, so Wisla will give some answers. They usually expect from Zajc and Damjan, hoping for a better preparation of the jump, as it was last year, when the jumps had many problems at the junction.

Peter Prevc After two ankle operations are not ready for return, the form Domna Prevca, Robert Kranjc and Jurij Tepes are too small, Tilt Bartola and Žigo Jelar and injured knee injuries. Jelar has already returned to hope and Bartol is expected to join the training in mid December.

Before the single premiere, a team game

After Friday's qualification, a man's racing car will join the team run on Saturday at 16.00. Who will be in the Slovenian team will be known for qualifications.

The overall win in World Cup defense is defended by Kamil Stoch, Wisła will not be return after injury Severina Freunda and Kenneth Gangnes.

Vikersund back on the calendar during the spring season

Vikersund ski areas, both teams and individuals, are scheduled for 16 and 17 March under the Nordic Tour. Vikersundflygningen has now received a temporary FISA certificate for the 2018/19 season only after being suitably adapted to meet the safety criteria.

On the 40th World Cup's skating event, this winter has 35 matches, there will be seven places during the season and seven matches will also be on hills; two in Oberstdorf, two in Vikersund and three in Planica in the finals of the season.

At FIS, they organized the organization of youth championships in 2019. Slovenia will organize a youth snowboard championship next year in Rogla.


According to the World Cup in Wisla:


The true calm of Petar Prevac is not #interview


Just a little and becomes the big rival Peter Prevec