MILOJEVIC IN ITALY: Star comes from small and proud Serbia, and in Bari he was a champion in Europe | sports 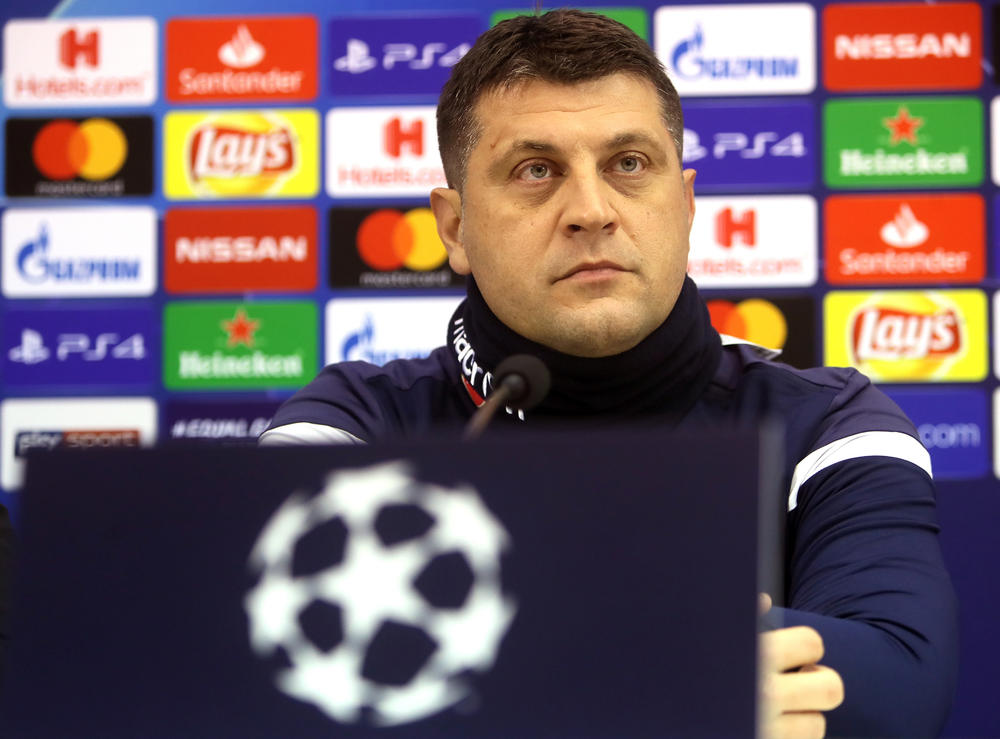 Slavoljub Srnić believes that the red star can surprise Naples.

"The match against Liverpool has given us confidence. We want to make a better result here. And let's not go through the group.

Naples is psychologically advantageous because it plays at home.

"Naples is a quality team, but we can play a good game. We'll show it tomorrow.

Naples plays with two strikers, and Srnica is waiting a big deal in the defensive.

-Insinje gave me the best impression on me. I think he is their best player.

Coach Vladan Milojević at the conference before the match with Naples explained the Italian media the size of Red Star. He did not compete with the provocation of the "ten goals" received from PSG and Liverpool, and received congratulations from Italian journalists.

The Italians were interested in how Zvezda gets a large number of goals on the side and if it will pass the same way on Wednesday. At the provocation Milojević had the following response:

– Carlo Ancelotti, one of the best, if not the best coach in Europe, called us a fascinating outsider. We are playing against the best teams in Europe. We only have two players in the team who played in the Champions League earlier. As he passes from the group, he becomes the favorite to win the competition. We do not charge ourselves with defeat, it lies behind us. Every new sword is a new experience.

Milan Pavkov was injured, and Italian media wondered if the hero from the match against Liverpool would play.

"We had several injured players, among them Pavkov and Jovancic. We'll see if they're going to play. You Italian journalists love everything to know, so let's hide something and leave for a possible surprise.

Italian media wondered if Star would play aggressively or vice versa from the first minute.

"If I said everything, we should not even play. You will see tomorrow.
Angelotti did not want to talk about the style of the game, and the question is whether Milojevic is ready for any surprises.

– There are no big surprises at this level. Naples has a quality team, with the goal in the Champions League and taking Skudeto. We will see how we will play and how we act in the field.

Congratulations on the victory over Liverpool were common to Zvezda's coach, and the Italian media were interested in how Milojevic motivated the players.

– I have nothing that's important. We are playing against a great opponent, and we will receive support from our fans for the first time on the page. It is important for us to show off the best, according to me, Red Star is the largest club in the Balkans and it gives us the right to return the club to the place where it is located. History, tradition and fans belong to us. Enjoying the game, athletes and dreams can not take us, and we believe in what we do.

Milojevic tried to explain to the Italians the size of the red star in Europe.

"We have nothing to fear. This is a very nice year for my club. 1991, in the city of Bari, 260 kilometers from Naples, the red star became European champion. Therefore, we will never be afraid of anything. It is an honor to play against the great Ancelotti, but far from being afraid.

Vujadin Savic and Filip Stojkovic did not come to Naples because they were injured.

"I wish I had them with us, but they were injured. My team does not depend on individuals. It's hard for me to get hurt, but who's not, but it can and must.

Carlo Ancelotti said that rivals from the group underestimated Star

"I can not speak on behalf of others. If someone says, let it stop. They looked at us with other eyes. We come from Serbia, a small and proud country, and the red star has not been at this level for a long time – concluded Milojević.