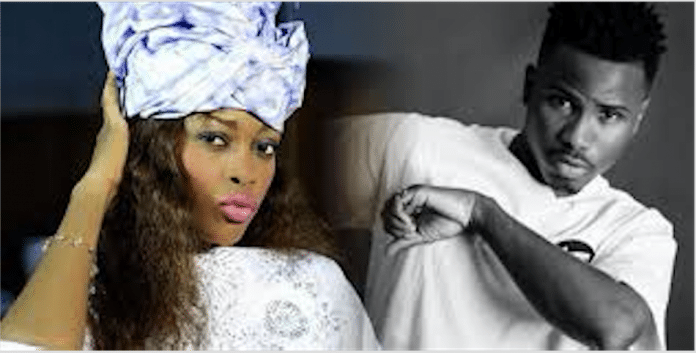 His marriage then announced last year, Dip Doundou Guiss has still not shown a single proof that would confirm. And here's another news about the ghost couple. In fact, a source near the most popular Senegalese rapper informed Limametti.com about the delivery of his love. Dominique Preira, his real name, became a little boy's father since last week.

Limametti.com congratulates the couple and asks that the newborn has a long life and health in iron.

We will be back for more information.

From an early age, DIP began to be interested in music, especially rap, inspiration from local references such as Positive Black Soul and Daara J, as well as international such as DMX, T.I etc.

In 2009 he started writing his own texts and freestyles. But it is 2011 that he chooses to make a career in rap and founded the Doundou Guiss (Live to Learn) group with his friend Sawzi that year. After a few months, Sawzi decided to stop rap, which drove DIP to follow a solo career.

In 2012, he joined the REPTYTY MUSIC label where he released his first single "Hors Normal" followed by "Yakarouma Ci Ken" who quickly made "buzz on social networks and radios, which makes him famous for the great public. is currently the most popular senegalese rapper. He recorded the best views on Youtube (+ 11,041,857 views), recorded a record number of sales with the release of his first album TLK more than 7000 copies in a week. He is also Senegal's most succeeding rapper on Instagram (+ 308,000 subscribers).