Crowdfunding: Africa is behind 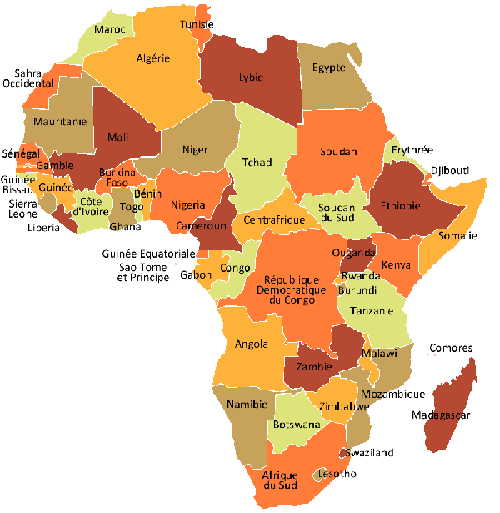 With funding needs estimated at $ 331 billion, the continent is struggling with small and medium-sized businesses to find credit. With the arrival of crowfunding the horizon could clear, but at present on the continent, the absence of a regulatory framework delays the development of this sector.

Africa has nearly 44 million small and medium-sized businesses that have difficulty accessing credit. According to estimates, their funding needs are estimated at $ 331 billion. Despite the obvious growth, the traditional banking system has shown its limits to meeting the requirements. In fact, 80% of SMEs are struggling to gain access to credit. A situation that limits the continent's development potential, but that new forms of funding can be solved. This is evidenced by a panel held in the framework of Forum Crowfunding in Africa organized by Participatory Financing Africa and the Mediterranean (FPAM). According to FPAM co-president Thameur Hemdane, "crowfunding or crowdfunding is an important tool for financing the development of the continent". Born in Europe in 2010, crowfunding has already shown its value. Mr Hemdane gives an example of Britain where this so-called participatory funding is developing very significantly. "It represents more than 20% of corporate loans and 17% of corporate equity. It's not just an epiphenomenon or a move at the margin of the financial system, they are full-fledged financial players," said Hemdane. Tools for financing culture, civil society and all types of projects, especially impact on projects that represent very important societal and climate change. Crowfunding can offer solutions by financing projects within the creation, including start up and sms, says Hemdane.
The forum organized by Fpam in cooperation with Jokkolab aims to promote good practice for crowfunding on the continent. According to panelists, this means creating a regulatory framework. In this chapter, Laurent Gonnet, CFO of the World Bank, indicates that discussions are ongoing with the central bank to develop a regulatory framework. It must be said that the efforts are high. In fact, the digitization of the continent makes it possible to hope to make big profits in the financial sector on the continent. According to studies, in 2025, 400 million new people will be financially included via the mobile phone. This will generate 758 billion new deposits and $ 448 billion in loans.
Today, there are players active in the field. If the new Fintech in the West African part is mainly active in the payment, in the south-east and eastern part of the continent, the mobilized funds serve primarily to finance the investment. Jean-Louis Traore of Innogence Consulting, a company based in Côte d'Ivoire, quotes the example of Nigeria where the Farmcrowdy platform has helped support more than 7000 farmers through participating funding.

Financing the bottleneck
If sms is so badly funded on the continent, the reasons are several. However, according to Gonnet from the World Bank, it is necessary to address some bottlenecks. He cites the solvency problems of small and medium-sized companies and the bankruptcy management system as well as the guarantee issues. In this regard, he notes that the funding rather goes to the owner of wealth, thus suggesting greater involvement of public authorities through the creation of guarantee funds. For Mrs Valérie Dabady of the African Development Bank (Bad), it is particularly important that we accept that funding is only part of what is needed. "We have to change how we do things," she says.
[email protected]