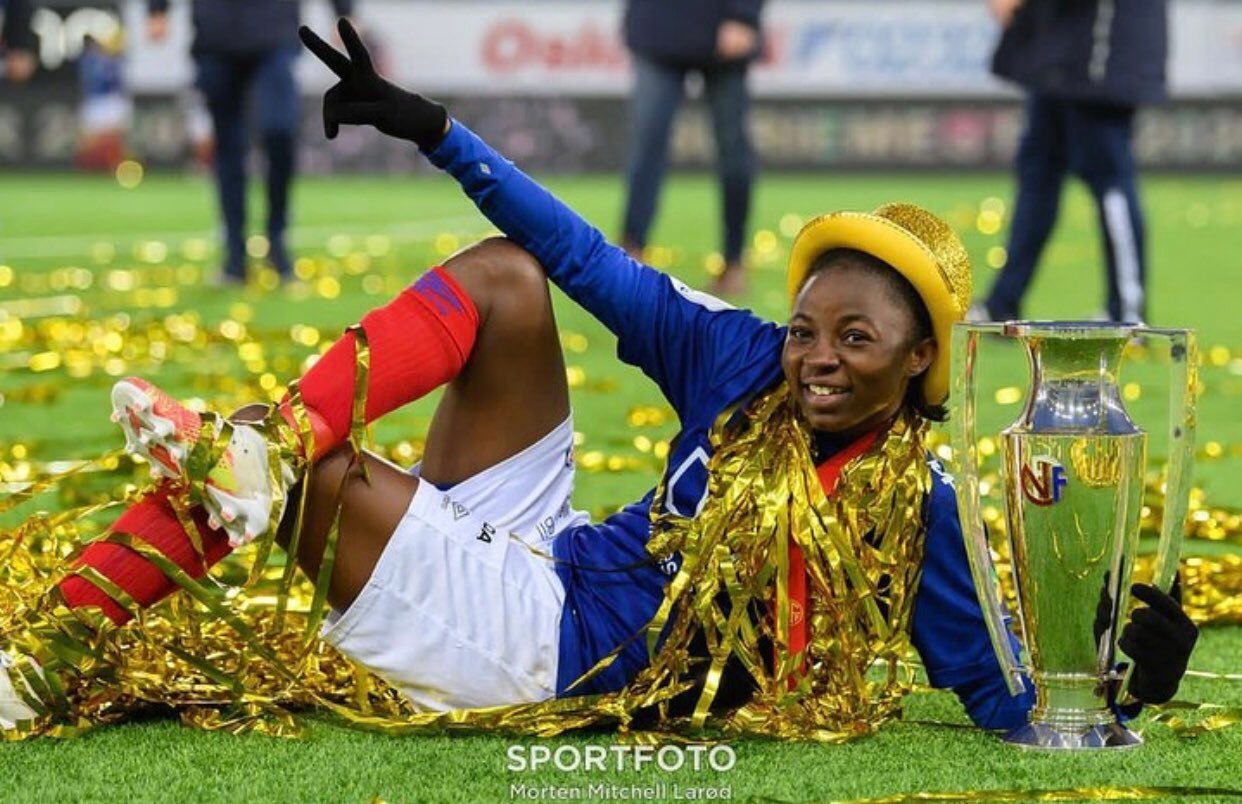 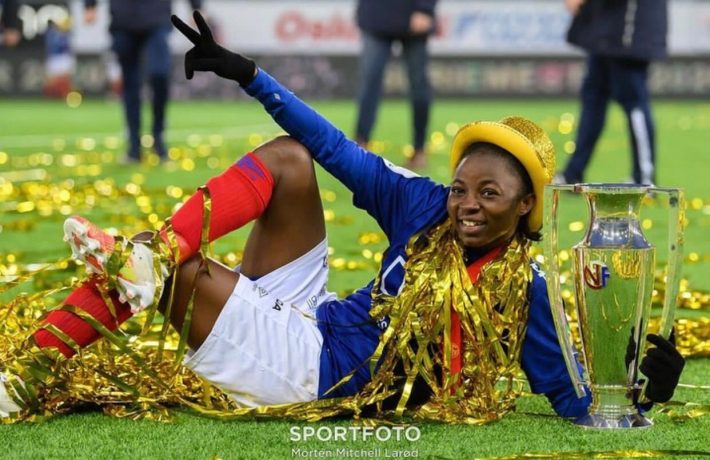 Nchout Njoya Ajara’s record swelled with a new trophy on Sunday. The Cameroonian and her club Valerenga are named champions in Norway, for the first time in their history. This is the Norwegian league title that the Lionesses striker and her teammates won by scandalously beating Arna Bjornar 4-0. Nchout Nyoya will have contributed much to this coronation.