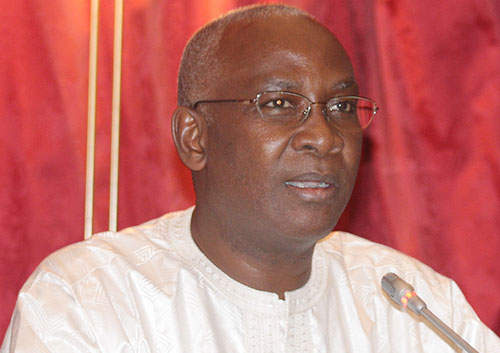 ONEclose to the launch in May 2017 in Kaffrine, the Reading for All program, the education minister, serigne Mbaye Thiam and the director of the United States Development Agency International (Usaid), Lisa Franchett, made a visit to the primary schools Serigne Aliou on Thursday, November 15, 2018. Cisse of Kaolack and Ngouloul Peulh from Fatick. Visits whose aim is to look first at the effects of this program on the learning of the students concerned by observing a reading lesson and exchanging with the actors in these schools on the "efforts" of programs.

CHis program, according to the minister, was designed by the Senegalese government to implement "one of the Presidential Directives (No. 6)" issued by the Assises Education and Education. It provided for "strengthening of the place of national languages" in the education sector. Therefore, he says "there is evidence that children learn better to read a language they speak and understand." It is also proved that "if the child learns to read the language he understands and speaks, the skills acquired in this reading can easily be translated into another language." It has also been found that "mastery of reading conditions acquisition of other important skills, such as numeracy, and also conditions for success for further learning."

SMbaye Thiam reports that the LPT program aims to achieve the goal of "improving the quality of teaching learning" as defined in Axis 1 of the Program for Improving Quality, Equality and Transparency (Package). It also aims at "ensuring fair access to education for children who may not have access to quality education", perhaps without this program. In short, to "improve performance" to read students in different languages.

THe states, however, that at present Lpt is not an education program up to Cm2 in national languages ​​where students take the Cfee, Bfem and Bac exam. But rather to "insure and democratize" read for all, as the name suggests.

"Reading for All "is a five-year program (2016-2021) with a total cost of 42 billion CFA francs, including teacher training, school leader training, training In its pilot phase, it covers 7 regions in the country, namely Diourbel, Fatick, Kaffrine, Kaolack , Louga, Matam and St. Louis and three languages ​​are concerned: Wolof, Pulaar and Seereer.

theThe minister announced that the program will involve 4000 primary schools and will also reach 100 "daraa" across the country. And eventually there will be 600,000 students that will be affected. Thus, he called on members of the education team, especially teachers, to commit themselves to success. Before we thank the US people through Usaid for their technical and financial support to Senegal's government to implement the said programs. In addition, Serigne Mbaye Thiam thanked former minister Abdou Fall for his presence and his interest in the education and development of national languages.

"A positive impact on student learning"
Ngouloul Peulh Elementary School has been experimenting with the "Reading for All" program since its inception. And according to its director Amady Thierno Diallo, it has a "positive" impact on the students. Therefore, he points out, "Students in the CP classes who practice the program read better in French than those who do not. "He adds that the parents of the students" liked the program ".

theThe director took advantage of the opportunity to call the education minister. This is the construction of the school shelf wall, electricity to the village and computer equipment for the school. For the wall, the minister promised to build it on the budget in 2019. For electricity, he promised to speak for the people to his colleague with responsibility for energy.

"Interference of all, a necessity"
MAdame Lisa Franchett, Head of Usaid, was pleased with the educational community's involvement in these communities for the success of children in school. Because she argues, "The Reading for All" program can not succeed without everyone being engaged. "

theUsa's director also took advantage of the opportunity to congratulate Serigne Mbaye Thiam with his commitment to national education. "Usaid has worked in many countries, but we have never met an education department so committed, so ready to work with us to transform the education system."

Fire at the port of Dakar: 3 tons of resin reduced to ash