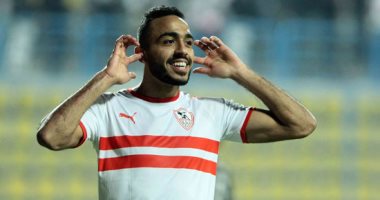 On Tuesday there were many sports news, including Al Ahli's match against Contractors without fans, and Zamalek agreed to transfer to Marsa Morsi.

Zamalek officials have decided to increase the salary of Mahmoud Abdel Moneim, team champion and to include the first category players in the coming period despite the documentation of the player's new contract and his association with an official contract with his club during two seasons prior to this season.

Brazilian coach Youssef Vieira was keen to inform Ismail Othman, manager of the club, of his intention to finish his trip with Darwish after meeting the Burundi champions.

On Wednesday, the Ismaili team will open its African tour after 8 years of absence when they will take on Burundi Masijir Niguze in the 64th round of the African Champions League at Ourokondo Stadium.

Smouha receives Zamalek's approval for loans in the name of Marsa

Zamalek Club officials have received approval of their counterparts in Zamalek for a request to borrow in the name of Morsi, the white team attacker, after the end of his loan experience in Greece.

"We received Zamalek's approval to borrow in the name of Marsa and only formal questions between club management will be resolved," says Tarek Yahya, Technical Manager of the Club.

Frenchman Sebastian Dasper, former Ismaili coach and current Technical Manager of Uganda's team, has denied a tempting offer by Al Ahly to train the Red team in the coming period and replace Patrice Carratton who was fired after losing the African Championship and resigned from that Arab championship.

Youth and Sports Minister Ashraf Sobhy confirmed that the Olympic Center in Maadi has earned 20 million pounds in the current year and points out that the ministry is trying to exploit sports facilities to increase revenues.

"We rebuild the assets of the youth and sports ministry, and we always care about professionalism and strive for management, operation and maintenance at the highest level in the service of sports teams, sports teams and Egyptian society."

Al Ahli Club's first team meets its Arab entrepreneurs on Saturday night without their fans in the standoffs between the two teams at the Peace Stadium, which is part of the 16th round of the General League Championship.

Ahli officials confirmed that the tickets to the Arab entrepreneurs were not sealed by security and will therefore be pleased with invitations to be distributed to a number of club members.

The competition committee for the football association with Amer Hussein decided to transfer the Smouha match and the Alexandria federation in the 16th round of the Egyptian cup from Contractors Stadium to the Army Stadium in Borg El Arab, Alexandria.

Al Ittihad Club in Alexandria agreed to meet Smouha at Burj Al Arab Stadium, "Stadium of the Last", to be sent to the Football Association's Competition Committee to hold the meeting scheduled for December 7 at the Arab Tower in Alexandria.