Princess Diana returns to the tip … a big resemblance to Princess Charlotte and new surprises about her death! 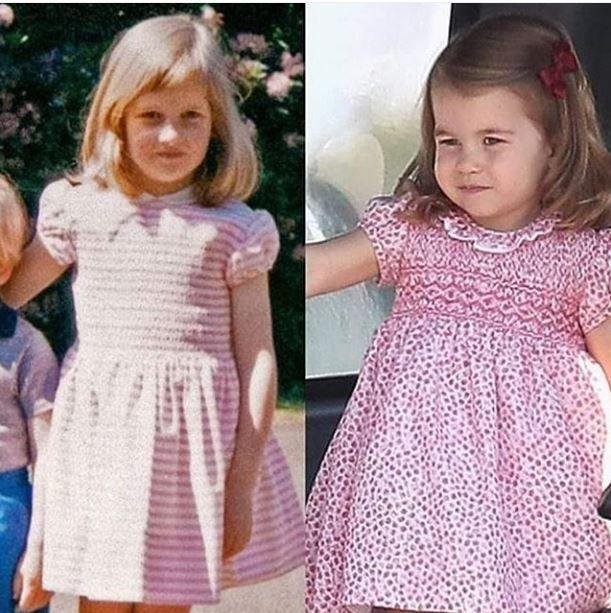 Many of the sites published pictures of Princess Diana in her childhood, and another by Princess Charlotte, the daughter of Prince William and Duke Middleton Kate Middleton, emphasizing the similarity between the two.

The Princess Diana's name has been repeated in recent days when Babarazzi photographer Darren Lions raised new doubts about the official details of her death and said he had "big questions" about what happened in the famous traffic accident in Paris in the summer of 1997.

Lions, the famous Paparazzi king, told the Daily Telegraph newspaper that the official version of Diana's tragic 1997 incident "is not necessarily the truth".

"Everyone says it was a tragic accident but I was part of the many strange things that happened that night," he said.

Giant Cakes for the royal family

Darren Lions, former president of Big Pictures, said he was afraid to disclose to the public some things about Diana's death because of some strange things after her death.

Lions said his office was raid after being accused of selling pictures of the princess after she died directly in the incident. "I will never do that," said Lions.

"There was a threat to me, and even my staff were abused in the street." I was shocked by all this hostility, "he said.

"I do not think we come to the story of truth. I do not even think her children know what happened," Darren acknowledged. "It was possible to tell the story, but not necessarily the truth."

Princess Diana was mortally injured and died with her boyfriend Dodi Fayed and her driver and security guard Henry Paul on August 31, 1997.

A new book reveals Charles's regret of his marriage to Diana .. and other secrets

"Paparazzi King" Darren Lions was called to testify in the British official investigation of Princess Diana's death, which continued until 2008.