Home / saudi / Disaster .. threatens Crescent and victory not to participate in the Asian Champions League

Disaster .. threatens Crescent and victory not to participate in the Asian Champions League 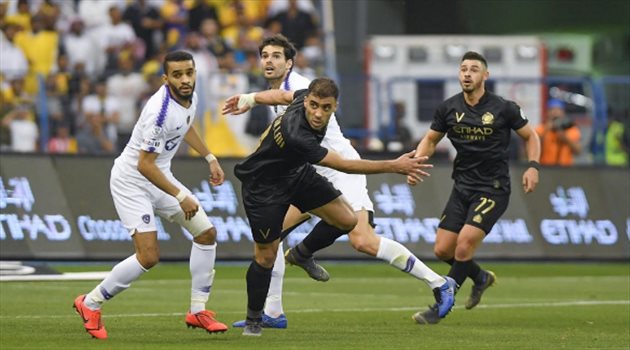 Nadia and Al Hilal are facing a major disaster Play in the AFC Champions League, next sports season.

Al-Hilal, Al-Nasr and Al-Ta & # 39; awon qualified directly for the group stage of the AFC Champions League 2020, while Al-Ahly is in qualifying.

Mohamed Al Saleem, chairman of the Saudi League League Licensing Committee, revealed that the four teams that qualified for the AFC Champions League could be banned from the continental championship next year.

Al-Saleem stressed in press releases that the licensing committee is following up on cases where final judgments are issued against the clubs that have been allowed to participate in the AFC Champions League to pay them and provide the administration with the documents.

He pointed out that if the clubs failed to pay the funds because of them, the committee would take gradual action, which could be a revocation of the license.

The Saudi club's ban on Asian participation took place earlier, especially in 2017, when the license was withdrawn from the Al Ittihad team, which prevented them from participating in the Champions League.

At that time, a number of final judgments were given to the Al Ittihad Club worth SEK 35 million, as amounts to players, coaches and agents; Al-Muntashiri and his brother Bassem, Mohammed Abu Sabaan, Roman Zucala, Spanish coach Raul Caneda and his assistant Carlos Calderon, Spanish coach Bennat, Uruguayan coach Verceri, French club Bordeaux and Rossi Abdelilah, agent of coach Verseri.

Al-Hilal, Al-Nasr and Al-Ahli have managed to repay most of their debts so they can get the Asian license, which allows them to participate in the Champions League.

Despite this, Al Hilal received some threats about possible new cases against him, especially from Brazilian midfielder Gabriel, the Corinthian midfielder, who would sign his transfer contract for the leader, before Fahd bin Nafel's administration finally withdrew it..

The player claimed that Al-Hilal cheated on him and announced in his last dialogue that he is currently discussing with the management of his club, the possibility of bringing an action against Al-Hilal, to receive financial compensation by breaking the agreement with him.

Corinthians responded to Gabriel's comments that he did not want to conflict with Al Hilal, but would support his player in all future action.

Al-Nasr and Al-Ahli also face some outstanding cases: The world is still in dispute over the case of Miha, Hamad Al-Mansour and Sultan Al-Ghannam, as well as Al-Raqi who is suffering from a crisis with his former player Nicolae Stanzio, whose contract was concluded after his signing. Only 6 months.

Either you accept me or! • Newspaper Observatory

I want to meet our Lord, the Almighty, pure. Friend "Haitham Ahmed Zaki" reveals a strange reason behind the completion of his marriage with his fiancee! • Newspaper Observatory