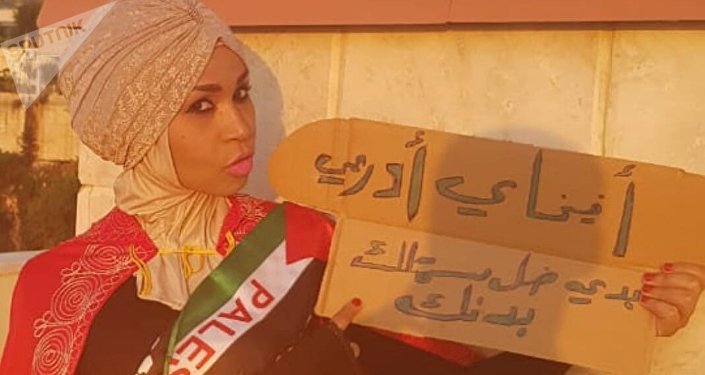 Lebanese journalist Sana Kajk announced the launch of a political movement against normalization with Israel, noting that this project is based on Arab media resistance to confront the normalization policy adopted by Tel Aviv with the Arab countries in the Middle East region.

Kajk published her ad on her personal page on social media on Twitter, where she said: “Today I present the movement as a gift, which young Arab men and women insisted should be called the ‘Kajki movement’.

The announcement of the Kojki movement towards normalization with the enemy … pic.twitter.com/B0JIvDAbIN

And a personal letter was sent to the Israeli Army spokesman Avichai Adrai, who said: “I know my gift will not appeal to him, but he is forced to accept it !!

2) (
Today I present the current as a gift, which the young Arab men and women insisted on would be called the “Kajki movement” …

To the spokesman for the enemy army of the Arab media, Avichai Adrai !! I know my gift will not suit him, but he is forced to accept it !!

In his statement, Kajk stated that “the idea of ​​the movement was agreed upon by free young men and women from the Arab world, and they contacted me to propose their idea, and I very much welcomed it.”

3 (
The idea of ​​the movement was unanimously approved by free young men and women from the Arab world, and they corresponded with me to propose their idea to me, and I very much welcomed it.

She added: “The time of the birth of the movement during this period where we are witnessing the normalization process is the most appropriate time. It was suggested that there should be a representative of the movement in several Arab countries who would follow my articles and adopt all my ideas and my attitude when I confronted the Israeli media. “

I thank you from Lebanon, my dear country.
Thank you Egypt mom

The world … I thank you dear Tunisia.

Identifying the goals of the announced movement, Kajk said: “The goal of the Kajki movement is to spread the ideas towards normalization to the enemy, whether it is my articles or articles by others from the honest Arab writers and martyrs of the word who were murdered by the Israeli enemy, such as the martyr Naji Al-Ali and Ghassan Kanafani. Our mission is also to warn against falling into the trap of working with the enemy and failing in their plans to brainwash the Arab youth.

She concluded by saying that the symbol of the stream is the red rose, the symbol of love that binds us all from all over the Arab world.

In his statement, Kajk thanked all the Arab media professionals who supported her and contributed to the project, which stretches from Lebanon through Iraq, Syria, Egypt and Palestine to Palestine.

White crisis in one of the Arab countries

The first smartphone with a hidden camera

Corona … These plants help prevent and relieve symptoms! | Health | A must for better health DW