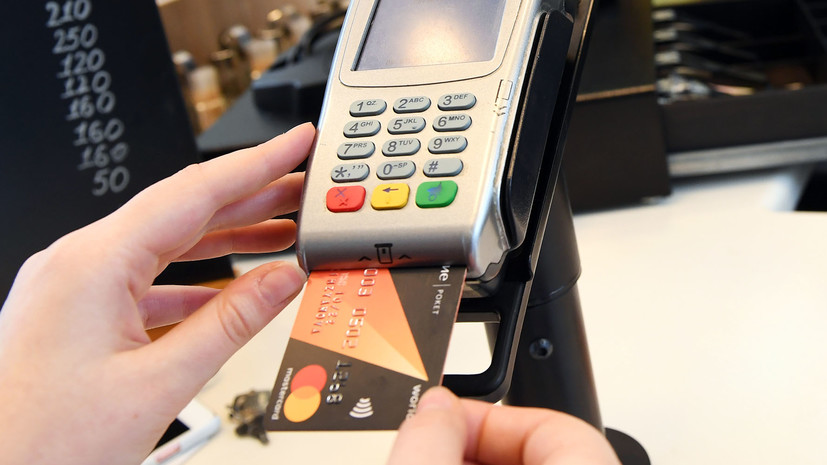 Kiev will try to use the “international payment system” as a lever for pressure on Moscow in the absence of progress in resolving the conflict in the Donbass. This was announced by the head of the Ukrainian delegation to the Trilateral Contact Group (TCG) Leonid Kravchuk. We are probably talking about disconnecting Russia from the SWIFT system – such a possibility was considered by the West as early as 2014. However, representatives of the company that provides the operation of the system stated earlier that they did not intend to take such a step. According to experts, the Ukrainian side itself is hindering progress in the settlement of Donbass, but is trying to shift responsibility to Russia.

The head of the Ukrainian delegation to the Trilateral Contact Group (TCG), Leonid Kravchuk, announced in an interview with the TV channel Ukraine 24 the existence of Plan B to resolve the situation in Donbass.

According to him, if no progress in the negotiations is achieved by the end of this year, Kiev intends to try to strengthen the pressure on sanctions against Russia.

“I believe that the beginning of the new year will be the beginning of a new standard for our understanding of the situation, our search for new influences and our proposals for pressure on the attacker … These can be sanctions, known as the international payment system. We will ask and demand this … If Russia does not want to reach an agreement diplomatically, politically (Kiev must. – RT) to do everything in its power to stop aggression and restore Ukraine’s territorial integrity through joint pressure – the world community and Ukraine. And we will find forms of pressure, says Kravchuk.

Probably the head of the Ukrainian delegation to TCG had in mind that Russia was disconnected from the international interbank system to transfer information and make payments SWIFT, which allows financial institutions in different countries to receive and receive information about payments in a standardized and secure format.

It is worth noting that the idea of ​​disconnecting the Russian Federation from SWIFT arose as early as 2014 and was considered one of the potential restrictive measures that are alleged to be able to influence Moscow’s policy in the Ukrainian direction. But as experts note, the issue of disconnecting Moscow from SWIFT has practically left the agenda right now. 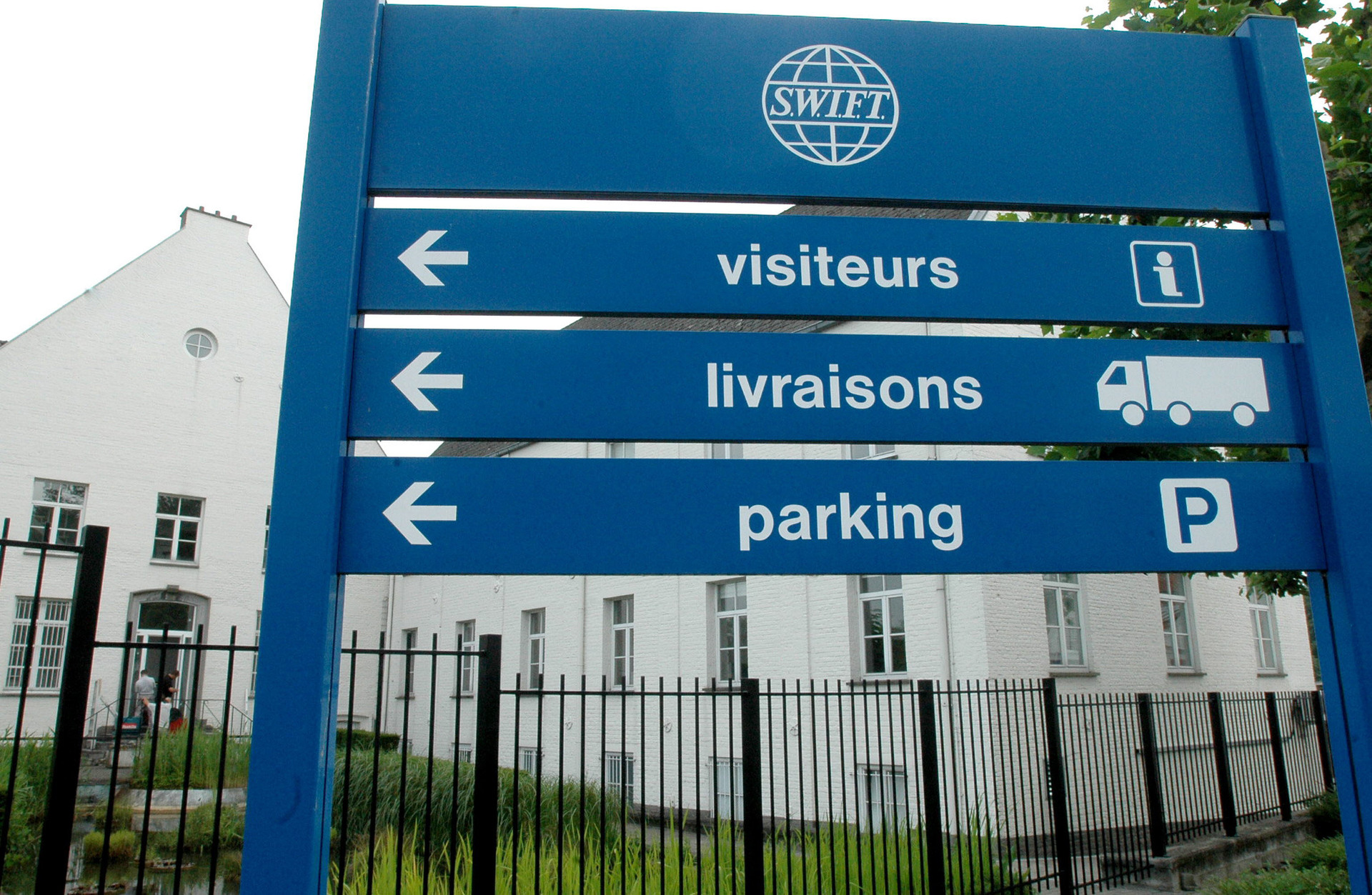 This initiative was rarely discussed at public level. In September 2014, the European Parliament published a resolution recommending isolating the Russian Federation from SWIFT, but the operator reacted negatively to the call from Brussels. The company announced its intention to remain a neutral financial services provider.

In addition to the European Parliament, the United Kingdom was another supporter of disconnecting Moscow from the international interbank system. It is true that London subsequently took a more balanced position.

In September 2015, British Foreign Secretary Philip Hammond commented to journalists that isolating the Russian financial sector from SWIFT services is an extreme step and will have a negative impact on other users of the system.

In December 2018, following the incident with the detention of Ukrainian sailors in the Kerch Strait, the US State Department’s Special Representative for Ukraine, Kurt Volcker, allowed the possibility of disconnecting Russia from SWIFT. At the same time, the diplomat emphasized that such a sanction would lead to major economic losses on both sides.

Also on the subject 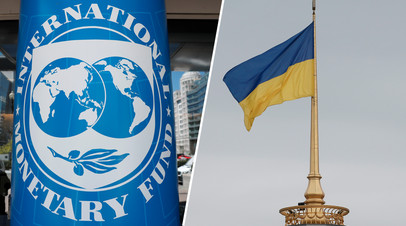 “The situation is near catastrophic”: why Ukraine announced the IMF’s refusal to provide economic disaster relief

The situation in the Ukrainian economy now depends on the International Monetary Fund, whose position “is getting tougher.” About…

In Moscow itself, such a scenario is considered unlikely. Nevertheless, Russia has prepared for a possible disconnection from the interbank system, say political analysts. After the West began talking about such sanctions, the Russian authorities took extensive measures to ensure the state’s financial security.

Thus, Russia has its own national payment system, on the basis of which MIR cards and a fast payment system (FPS) were created. In addition, a financial messaging system was set up in the Russian Federation, with some foreign counterparties participating.

In March 2017, the head of the Central Bank, Elvira Nabiullina, reported at a meeting with Russian President Vladimir Putin on the implementation of measures that would make it possible to do without SWIFT in transactions within Russia.

According to Boris Mezhuev, an associate professor at the Faculty of Philosophy at Moscow State University, Kiev is making a big mistake if it seriously expects the West to deprive Russian banks of SWIFT services under the current geopolitical conditions.

“It is hard to believe that this maneuver will bring anything to Ukraine. Apparently, Kiev refuses to understand that disconnecting Russia from SWIFT is unprofitable for either the US or the EU. The West does not want to lose the Russian market and allow further rapprochement between Moscow and Beijing. And if it was still possible to talk seriously about disabling SWIFT, it now seems completely unrealistic, Mezhuev concluded.

At the same time, experts note that the responsibility for the lack of progress in the Donbass negotiations lies with Ukraine, not Russia.

In particular, Kravchuk and Ukraine’s Deputy Prime Minister Oleksiy Reznikov in early November issued a “Plan of Joint Steps”, which in fact violates the Minsk agreements.

The document states the need to hold local elections on 31 March 2021 in the uncontrolled areas, designated as CADLO (separate areas in the Donetsk and Luhansk regions). Kiev believes that the election campaign is impossible to organize without any security measures. In particular, the Ukrainian authorities demand full demilitarization of the DPR and LPR at the beginning of next year, as well as the transfer of plots at the border with the Russian Federation under their control, although Minsk-2 and the Steinmeier formula provide for another procedure to comply with the points related to the choice and the limit. 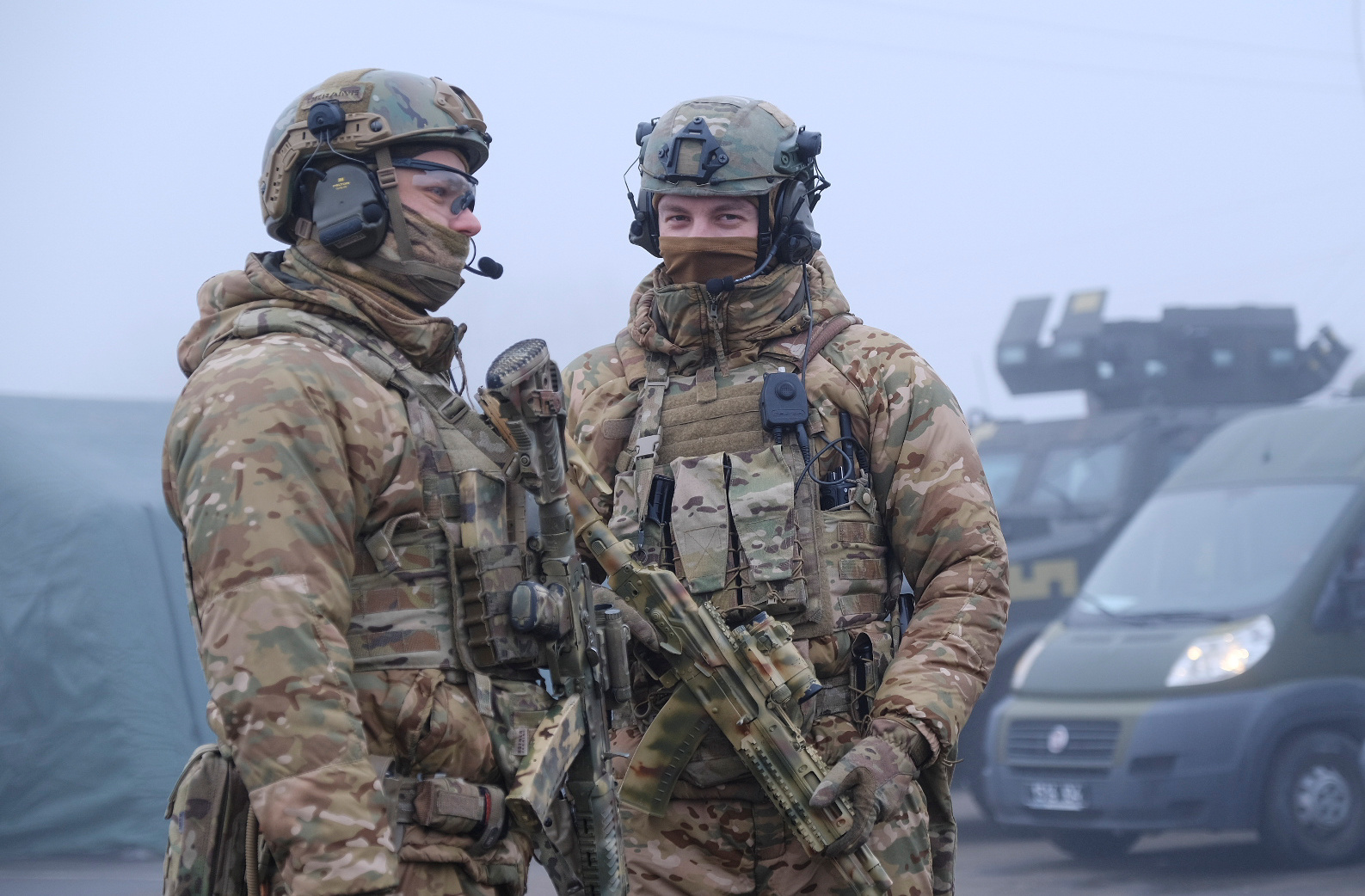 “To go through the first step – to resolve the security issue, we must say that yes, there are militant, illegal armed groups (illegal armed groups.) In the occupied part of Donbass today. RT) and representatives of the Russian troops (Moscow has repeatedly pointed out the absence of its armed forces in the Donbass. RT). Of course, we point out that they should come out, Reznikov said on November 5 in an interview with RBC-Ukraine.

At the same time, Kiev refuses to hold a general amnesty for the militia, despite the fact that such a condition is set out in the text of the Minsk Agreements. This issue, as the Ukrainian side considers, should be regulated by a separate bill from the Verkhovna Rada.

In Donetsk and Lugansk, they in turn announced that the “Joint Action Plan” was unacceptable, and the Kremlin noted the significant discrepancies between the document presented by Kiev and the text of “Minsk-2”. As Russian President Dmitry Peskov’s press secretary told reporters earlier, the parties to the conflict must fulfill “their obligations” without trying to replace them.

Also on the subject 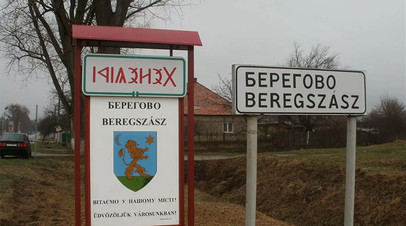 “This policy undermines the unity of Ukraine”: what can Kiev’s pressure on the kids in Transcarpathia lead to

“Discussions about setbacks, about replacing certain agreements with short-term other agreements, about hidden attempts to reject existing agreements, and so on – all this does not help to get into the settlement track, but on the contrary, throws us back,” explained the Kremlin’s position .

The “Joint Action Plan” was also criticized by Russia’s Plenipotentiary Representative in TCG Boris Gryzlov. In his view, “the draft plan presented is another imitation of the negotiation process with the only clear goal – to convene the next Normandy summit.”

As the head of the Institute of Peacekeeping Initiatives and Conflictology Denis Denisov noted in an interview with RT, the “joint action plan” has no prospects for implementation. Against this background, Kravchuk’s statement on possible new sanctions can be seen as an attempt to create a new pressure lever on Moscow.

However, Denisov does not expect that the next anti-Russian initiative of the Ukrainian authorities will lead to any practical results. In his opinion, Ukraine’s voice in the West has no weight.

“One year after the Paris summit, the Ukrainian side has not fulfilled a single point in the agreements reached there. This is obvious to everyone, so Kiev wants to divert attention from this fact and move the responsibility to Moscow. But, as far as I can tell, the French representatives are now interpreting a number of Ukraine’s failures in Minsk-2 from positions close to Russia’s point of view, “said Denisov.

Boris Mezhuev saw in Kravchuk’s threat Kiev’s desire to get a “positive response” from the future administration of Joe Biden. In a comment to RT, the expert suggested that Ukraine hopes to play on the traditional democracy’s priority of strengthening “Euro-Atlantic ties”.

Ukraine raises interest rates and expects a lot from Biden. She wants to be noticed without fail. It is true that if pragmatic, sober people are at the helm of America, of course, the Ukrainian question and everything connected with it will fall into the background. Such an administration will not quarrel with Moscow over Ukraine, says Mezhuev.

In Australia, found a landing capsule with soil from the asteroid Ryugu