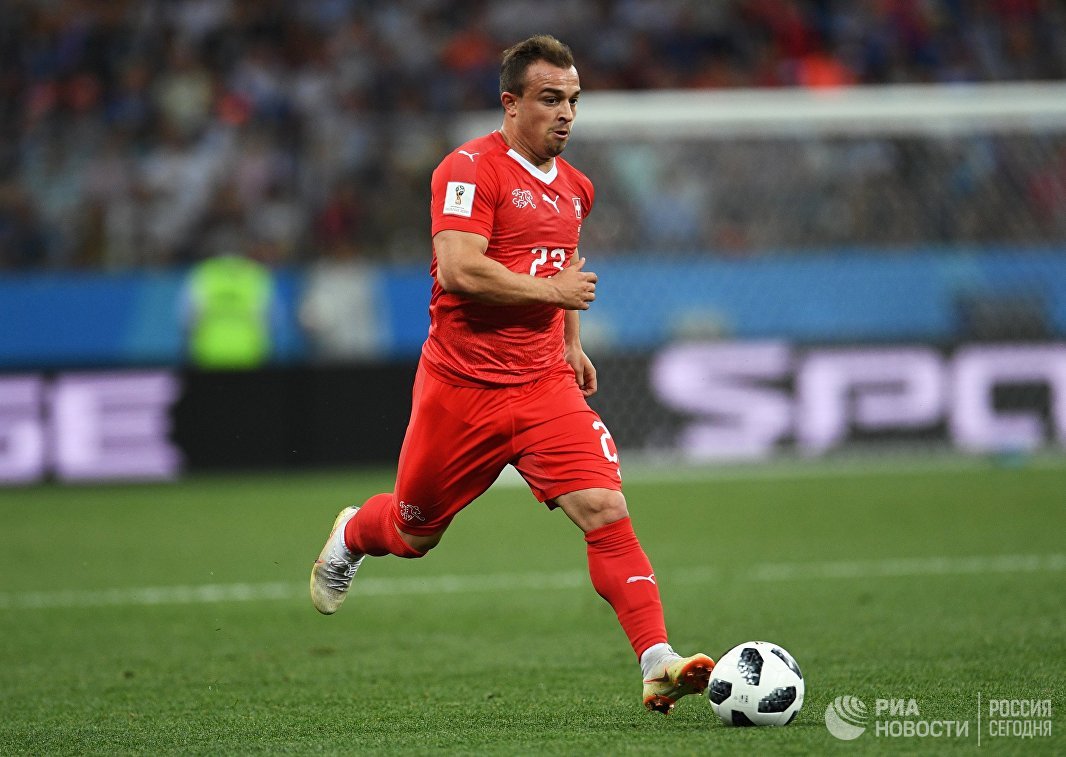 MOSKVA, November 5 – RIA News. The midfielder of the English football club "Liverpool" Jerdan Shakiri will not participate in the Champions League squad with the Serbian Red Star, according to the official website of Reds.

Switzerland's national football player Shakiri has the roots of Kosovo. During World Cup, Shakiri, celebrates a goal against the Serbian national team, depicted flapping of an eagle wings – the symbol of Albania.

"We have heard and read speculation about what reception Shaqa is waiting for in Serbia, and although we do not know what's happening, we want to go there and be 100% focused on football and not thinking about anything else. We do not make political statements. We are determined to make sure the attention is to play football, free from anything else, explained club chief coach Jürgen Klopp.

"We aim to avoid any factors distracting from the game lasting 90 minutes. Therefore Shaq did not come in line and he understood and made this decision. He will play for the club many times but not on Tuesday" – he added.

The fourth round of Group C "Red Star" – "Liverpool" will take place on 6 November in Belgrade at the Raiko Mitic stadium.