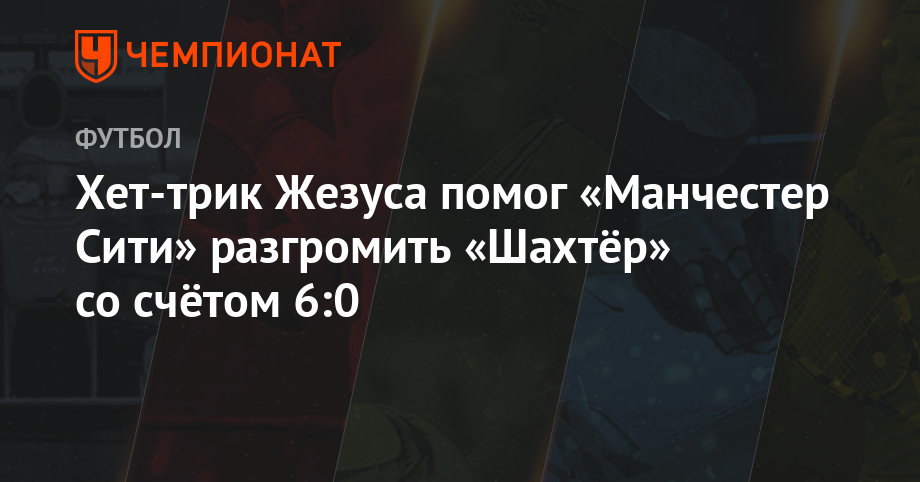 In the match of the 4th round of the Champions League squad, English Manchester City took in his field the Ukrainian Shakhtar. The meeting was held at the stadium Etihad City of Manchester and ended with a safe win for the hosts with a score of 6: 0.

The winners include three goals at their own expense recorded Brazilian striker Gabriel Jesus, David Silva, Rahim Sterling and Riyad Marez once again marked themselves. Thus, Manchester City made a third victory in a row in tournament group play, and Pitmen extended the series without winning four meetings (two drawings, two losses).

In another match in Group F, held in parallel, France Lyon played a rush with German Hoffenheim 2-2, missing the two goals in the second half.

You can see the results of the remaining matches in the 4th round of the Champions League group at "Championship".