Radu Banciu: This was how we managed to bury this too 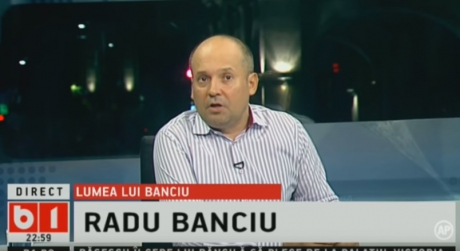 Radu Banciu, in the evening issue of B1 TV's "Banciu World", talked about the death of the creator of SpongeBob Patron Pants.

"Thus we managed to bury him," said Radu Banciu on Tuesday night. Stephen Hillenburg, the creator of SpongeBob Patron Pants, died at the age of 57.

"One of the most important cartoon characters all the time. It generated the highest turnover in the 21st century, over $ 1 billion. (…) Hillenburg died in severe conditions at 57 years of a rare disease that cleaned him fairly quickly. This character in shorts, mushrooms and tie, always the same attitude, said Radu Banciu.

He was the creator of several Nickelodeon animation series, such as Rocko's Modern Life (1993-1996). In 1999 he started "SpongeBob Square Pants", which won many awards during 20 years of broadcast.