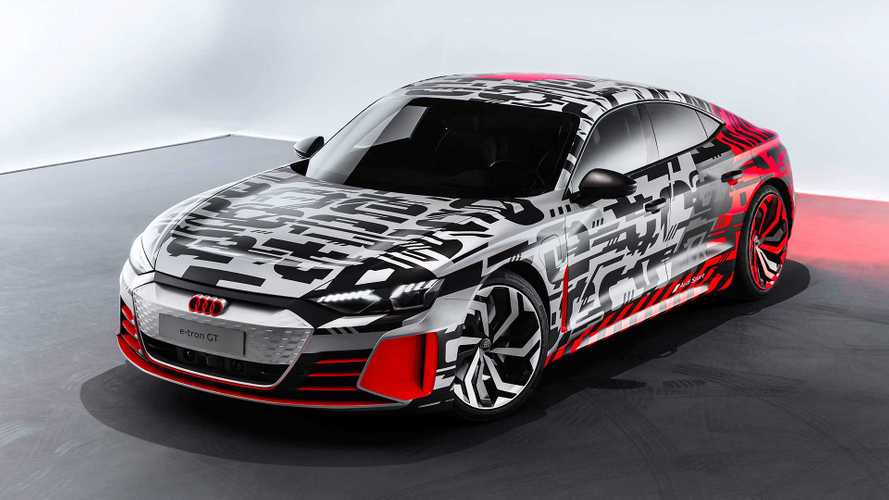 With just a few hours to go before the start of the Los Angeles Show, manufacturers are launching their news. Audi is one of them, and has just enhanced the images of e-throne GT, el-sedan that will be the biggest attraction for the event. However, the mark has not yet said anything about mechanics, autonomy or when it will be released.

Audi has released several pictures of electric sedan, but all show e-throne GT with camouflage, just as the manufacturer did with e-throne SUV, featured on Geneva's motorway in March and continues to appear there hiding their lines – as in the booth of São Paulo Motor Show. But because Crossover is the company's first electric car and it's already available for ordering, it should not take long to get to know it all.

It will be one more like a four-door coupe, like the Audi A5 Sportback or A7 Sportback, with a slim profile and a sloping roof line. As it is an electric car, the front grating will be closed, considering that the valve does not need to be ventilated.

The only elements revealed without camouflage are headlights and lanterns. The front optical drive is so similar to A7 that if we did not know this is e-throne GT, it would even have changed another model. The tail lights are completely different, inspired by the e-throne SUV, with a line running through the luggage compartment. It gives a little sportiness, with air passages in the front bumper and a diffuser.

The official presentation will take place on 28 November.