Sporting almost passed, but seven teams are already qualified for the 16th finals – the Europa League 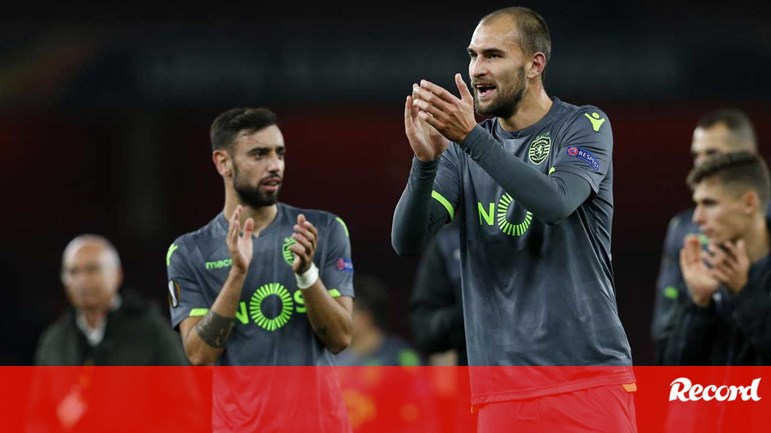 Sporting, who kicked zero in London to Arsenal, took an important step towards the phase of direct elimination of the Europa League, which on Thursday saw the first seven cleared players, including the Arsenal players.
Arsenal leads Group E after four rounds and will no longer be down from second place – only Sporting can pass, Vorskla Poltava and Qarabag no longer.

Dynamo Zagreb (Group D), Eintracht Frankfurt and Lazio (Group H) and Chelsea (Group L) will also qualify for the finals of 16, and Zurich and Bayer Leverkusen (Group A).

In Emirate's stadium, Sporting has "hidden" the home gap at home against Gunners and, against a relaxed opponent, ensures a tie that might be worth the end.

Qarabag has beat Vorskla (1-0) to Ukraine, scored the first three points and can return to the "competition" but they must win the games they have and wait for Sporting and Vorskla's disappointments.

He leads Arsenal with 10 points, followed by Sporting with seven, Qarabag and Vorskla Poltava, with three.

Chelsea led 12 points, six more than Vidi, who took a good step in the qualification direction, where PAOK, with three points, is interested.

Eintracht in Group H and Leverkusen in Group A, while RB Leipzig in Bruma complicated their points in Group B by losing to Celtic in Glasgow for 2 -1.

Salzburg, 5-2 home to Rosenborg, reaches 12 points and won almost the group. RB Leipzig and Celtic are six and only through an unexpected combination of results, the two pass.

In Group F, Olympiacos, trained by Pedro Mendes, won the seven points and is in battle after having hit Dudelange, 5-1.

At the same time Betis and Milan took 1-1. The Spaniards lead eight points and the Italians are seven and leave the group open.

In addition, the group G determines four teams between four and six points, including Rangers of Candeias, who scored a goal today.

Rangers has won in Moscow, but got Spartak's turn (4-3). In the second game, Rapid and Villareal ended no goals.

The other Portuguese who scored this evening was Ricardo Quaresma, making Besiktas goal in the Genk for Group I drawing. There was also a mess for the same number in Malmoe-Sarspborg.

The group is undecided, with three points that distinguish Genk (7) from Besiktas (4).

The fourth round of the UEFA Europa League group stage is also marked by the elimination of two traditional clubs, Anderlecht and Marseille.

The Belgium "agonize" in the final place of Group D, with one point after losing 2-0 in Istanbul with Fenerbahçe. They no longer have mathematical hypotheses to reach the second place.

The same situation exists for Marseille in Group H. It is a point when Eintracht has reached 12 and Lazio at 9.