Salaries of politicians and managers are the highest in Portugal 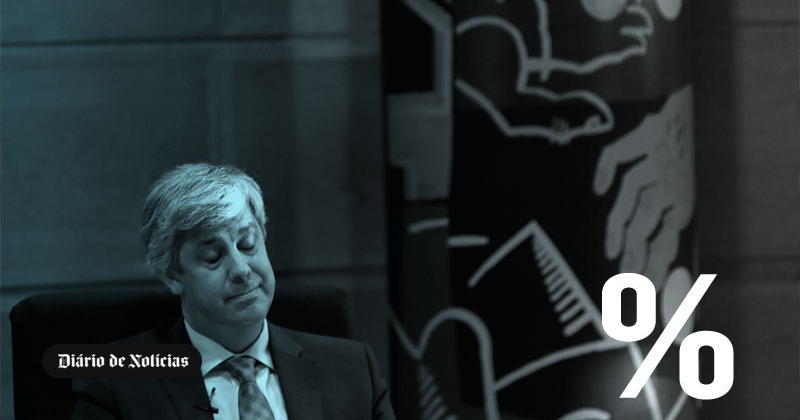 The average salary of the professional group "representatives of the legislature and executive bodies, board members and CEOs" is the highest in Portugal.

The third quarter employment survey, released by the National Statistics Institute (INE), shows that this group of employees now earns an average of 1630 euros cleaned per month, roughly twice the national average, which also rose to 891 euros per month.

However, this highest professional group had a wage increase (homologous compared to the third quarter of 2017) of 7.1%, twice as much as the national average trend.

The salary advances in the class of representatives of the legislature and executive bodies, board members and chief executive officers are related to at least two factors.

According to the Ministry of Finance (DGAEP), "January 1, 2018, the process of freeing all public management career, introduced in Article 18 of the State Budget Act for 2018 (LOE2018) began to allow mandatory changes in compensation position, progress and level or step changes."

"The compensatory increases arising from the accumulated rights will be completed in stages 2018 and 2019," In other words, in 2019, salaries for officials, especially those who earn the most, can still affect the highest average salary.

The second factor is related to the gradual abolition of the IRS supplement, the last phase of which is exactly in higher wages.

But INE also shows that there is a third factor that gives gas to the best paid professions.

While total third-party employment increased by 2.3% in the third quarter compared to the same period in 2017, the payroll of 3,000 euros net or more has increased by more than 11% and now has over 36,000 people.

In the 600 to 900 euro class, where national average wages decrease and where there are more people, employment was almost 9%. This group now has nearly 1.3 million people.

In the lower part of the table, INE shows that there are approximately 950,000 people earning 600 euros net or less per month (ie 23 percent of the employed population), but this group is smaller (it's 13 percent).

Geographically, the Institute indicates that the highest average wage trend is in the central region (plus 4.6% to 850 euros) and in the North (3.5% more to 827 euros net).

The Azores do not like the rest of the country. In this archipelago, the average share fell 1.6% to 788 euros. In Madeira, the average wage stagnated (0%, it was 796 euros).

The third quarter employment survey shows that the labor market has continued to improve overall, although some friction has been found.

For example, national unemployment has stabilized at 6.7% of the active population, which interrupts a relatively long cycle of decline, which lasted about two and a half years.

In any event, this figure is the lowest in the last 17 years and now stands for 352 700 people without work in Portugal.

According to INE, "the unemployed population, estimated at 352.7 thousand people, was almost unchanged compared with the previous quarter, which interrupted the quarterly decreases observed since the second quarter of 2016."

The Institute also notes that "unemployment for young people (15-24 years old) has risen to 20%", but this "corresponds to the second lowest value of the series that began in the first quarter of 2011."

The government, in the state budget for 2019, estimates unemployment to be 6.9% in 2018. Therefore, the value of the third quarter continues below this annual average.

The new survey reports, for example, that this disruption to the unemployment rate between the second and third quarters is explained by the increase in the number of unemployed persons between 15 and 24 years (9.9%) thousand cases).

It is a sign that the summer, which this year was characterized by a slowdown in tourism, will have been less generous for the younger layers.

The fact is to isolate only academics, INE indicates that this group of unemployed has now increased by almost 10% compared to the second quarter of this year. A year ago, this time had decreased 1.6%.

A year ago, summer work contributed to reducing unemployment by 3.8 percent between the second and third quarters of 2017. Now it has recorded a small increase of 0.2 percent.

Job creation has been high. INE estimates that there are approximately 4.9 million people with work, a figure translating "quarterly increase of 0.6% (28.7 thousand) and an annual increase of 2.1% (99.8 thousand)" at the end of the third quarter.