OE2019: Minister says investment in science "can always be higher" 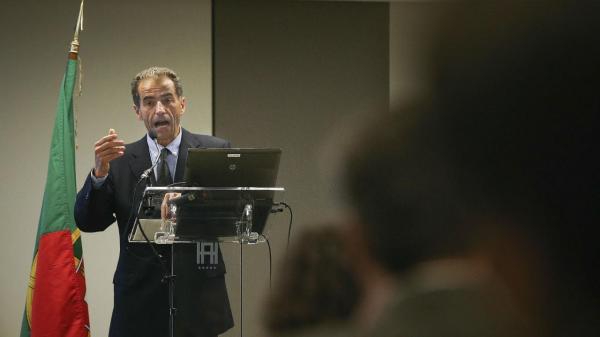 The Minister of Science considered the stimulus program for scientific employment to be a success in parliament, but acknowledged that public investment in research "may always be higher", although it has increased considerably since 2016.

Manuel Heitor spoke to alternate members in the debate on the proposed state budget for 2019, which represents an increase of 11.5 percent in the initial funding for science and technology investments compared with 2018.

In the gallery, which followed the debate, there were a dozen scholarships of scientific research.

In response to resistance criticism against science sales, the minister said that Portugal has "converged" with Europe in public investment since 2016, but acknowledges that it can "always be higher".

But it has increased significantly since 2016, " He cried.

MP Porfirio Silva promised to defend the government, promised "the right course" and noted that "the resumption of public investment draws private investment".

During the debate, PSD, CDS-PP and PCP wanted to know what funds earmarked for recruiting researchers who were not funded by the Science and Technology Foundation (FCT), and that the Scientific Research Environment Association is estimated at 200, but subject to legislation to stimulate scientific employment.

According to the minister, these fellows could and can compete, either individually or through scientific institutions and projects, for scientific employment contests launched by the FCT.

Manuel Hector considered the program to stimulate scientific employment as a success, providing for six-year employment contracts for postdoctoral researchers who replace postgraduate education and stressed that the current employment scheme in Portugal is "more beneficial" and claims that contracts in most European countries last up to 2 ,5 years.

An employment contract is not uncertain; what is uncertain is the continued perseverance of scholarships, " He maintained and noted that, despite the deadline, agreements had constituted social security rights.

PCP MP Ana Mesquita, who echoed the demands of comrades, previously concentrated in front of the parliamentary stages, defended the end of the fellowships, described as a "carousel of unsustainable insecurity" and the progressive integration of researchers' career, rather than just a full-time job.

The Minister of Science pointed out that the recruitment of researchers according to scientific working legislation "may or may not result in career integration after the agreements have been concluded, adding that accreditation of new courses at universities is dependent on the beginning of 2022, by a faculty and career researcher.

Manuel Heitor confirmed that the status of the scientific researcher is being reviewed to end abuse of peers in scientific work.