"Fastback can derive other cars, not just an SUV," says Fiat designer 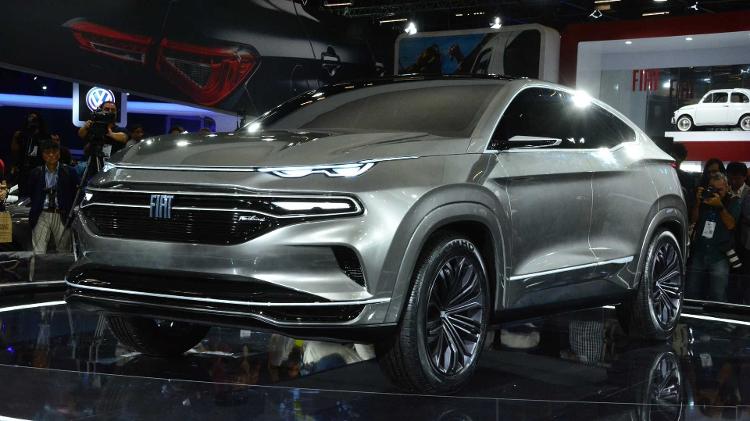 Fiat test in its space in the Motor Show in Sao Paulo 2018 a prototype of the SUV coupe called Fastback.

Located on the booth's most privileged position – and perhaps in one of the best places for the exhibition of the whole event, just at the entrance of the pavilion – it has been noted by the striking design and chrome color.

But what is Fastback?

In practice, it is a concept of the SUV "Acupezado" with the drag and size of the Toro truck. Fiat has not confirmed whether it will be produced, but the trend is that the prototype should inspire a model expected to launch in 2020.

Do you like the look of the car? Check out the video reports at the top of this page for more information about the car and chat we had with Peter Fassbender, FCA Design Director for Latin America.

If the style of "SUV coupe" in its production version is maintained, it will come to the extent to struggling with the future Renault Arkana, another model that should fill this still uninhabited segment of undercover tools made by more general brands. It will be a repeat of the "Duster Oroch vs. Toro" campaign, but move out of the truck segment in the city hall.

Although it reminds me a lot of Toro in the front, Fastback provides elements that suggest a visual development relative to the pickup. It also indicates how it may be the first facelift of the truck.

The roof covering against a wide rear door – hence the name "Fastback" – reminiscent of the trend already used by luxury brands: BMW implemented this with X6, later with Series 3 GT and later with or X4. The latter, by the way, should be a good inspiration for both the Renault Arkana and the Fiat model.

All traces seem to make him more horizontal and muscular – and maybe not as high as Toro. Rear is clean and harmonious and marks the boot lid in relation to the bumper. The matte silver color refers to brushed aluminum and reminiscent of the most popular painting among Tesla cars.