Two women died at the pedestrian crossing. There are accusations for the driver 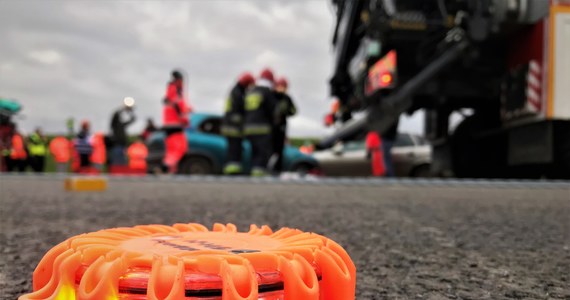 The accusation of causing an accident, resulting in death for two women and serious injury to the third, is heard by a 36-year-old driver who struck three Ukrainians on a pedestrian crossing on Saturday in Sarnow in Będzin Poviat. Two of them died in place, the third went to the hospital. The information about the driver's presentation was presented on Monday by a press officer to the police headquarters in Będzin, Paweł Łotocki. This is a statement from art. 177 par 2. An act that can be punished for up to eight years in prison – said Latvian.

The police made it formally settled after the accident, and after lodging the charge, they were released. He is under police supervision, he was also required to pay a financial guarantee.

The accident happened at night on Highway No. 86, on a marked and enlightened pedestrian crossing. In the women who crossed the passage, he was driven by a hyundai tucson who was driven by a 36-year-old from Zawiercie poviat.

As reported by the police, after being hit by a car, one of the women fell in the ditch, the other was on the opposite side of the road, and the third was still under the Volkswagen car's wheels that drove the car. The last woman, 46, was in hospital. He is in poor condition. The 44-year-old and 39-year-old died in place.

It was not immediately possible to determine the vulnerable women's identity. It is now known that all victims are Ukrainian citizens.

Hyundai's driver was sober, he got blood for testing to determine whether he was under the influence of drugs.