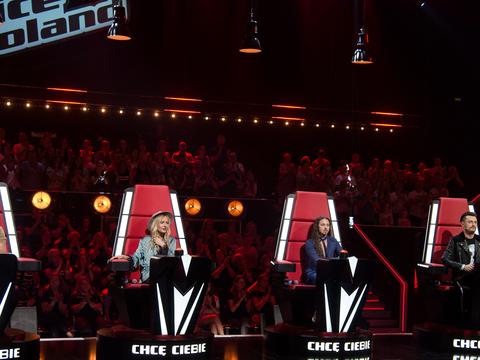 TVP's first live live will be featured in Dwójka on November 17th. And on November 10th, the broadcast of the Independence Concert – a big and boisterous event to honor Poland's independence – will take place on TVP 1.

In the first section we will be able to see the match of 16 participants – four from each team. The producers of the program decided that in the same episode will be dropped by two participants from each jury member.

On November 10, the independence concert will be broadcast on the television channel "Jedynka". Under him, they will sing among others: Maryla Rodowicz, Paweł Kukiz, Natalia Nykiel, Ewa Farna, Igor Herbut, Marek Piekarczyk, Natalia Szroeder, Kasia Moś, Skubas, Sławomir Uniatowski and Kamil Bednarek.

During the concert we will hear songs from the interwar period, World War II, the 1960s and the Polish rock era. There will be legion songs, hits of pre-war movie music, rebellious pieces or compositions that accompany the struggle against communism.

Performances of artists will be accompanied by scenography and films referring to Polish history and culture. We conclude the concert with a joint performance of Mazurek Dąbrowski – as a taste of the action independent of the genocide.

The concert is a free event that will be broadcast by TVP1 and Program 1 of Polish Radio, and broadcasts will also be on other channels.