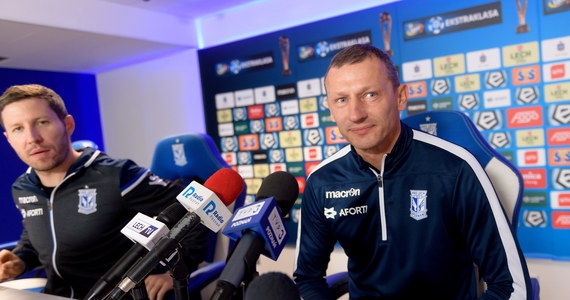 The new temporary coach of Lech Poznań football player Dariusz Żuraw has only a few days to rebuild the team's morale before the match with Jagiellonia Bialystok. "We have to go into the players' heads, because the problem is here, not in physical preparation," he said. 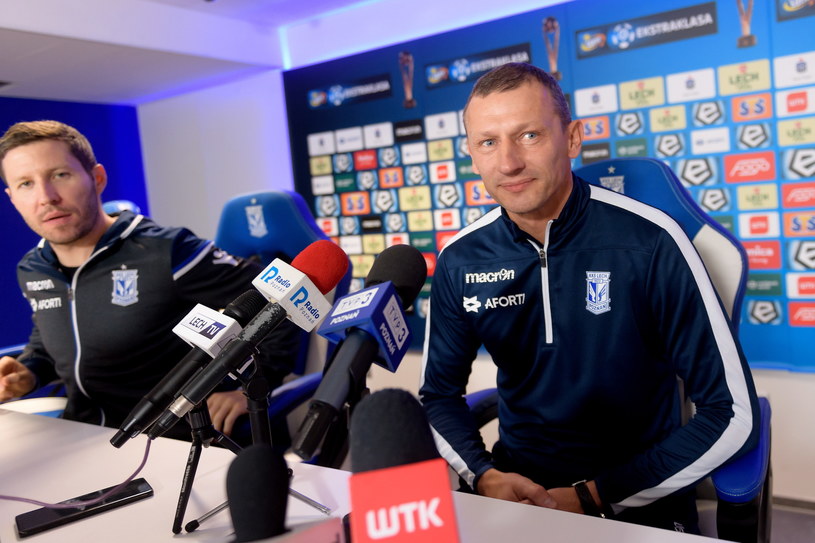 On Sunday after losing home with Lechia Gdańsk (0: 1), Ivan Djurdjevic, who led the Poznań team since May this year, said goodbye. His temporary successor was Żuraw, who has run a team of third league reserves since this season. Former football player Zagłębie Lubin and Hanover 96 acknowledged that the proposal to take the first team was a big surprise.

"The situation was very dynamic." After the game with Lechia, I was asked to help and the club was looking for a new coach. Until the new coach is announced, we will lead Lech together with coach Karol Bartkowiak, said Żuraw at the press conference.

He can not predict how long his mission will be. Everything indicates that he will sit on the bench on Sunday in Bialystok.

"I already have experience with coaching and I know these negotiations are not short, so I'd rather lead the team on Sunday," he explained.

The crane does not hide the fact that it must firstly build up the mentality of the team who lost three consecutive meetings (two in the league and one in the Polish cup).

"At the moment, the team is not mentally ready to earn points, as before, we have to get into the players' heads, because this is the problem, not physical preparation, I know this team very well, even many players they used to be on my reserve play "- recognized the coach

In 2014-15, Żuraw Lech's assistant was Maciej Skorża. Together they led the team to the Polish championship, but at the start of next season, after a series of defeat in the league, Skorża and the whole staff said goodbye to the club.

"When we left, the situation in the table was definitely worse, and I do not want to talk about the atmosphere in the team," he said.

The crane did not want to talk about the causes of Lech's bad shape because, as he pointed out, "he was not in the middle of the team".

"In my opinion, the players can not be accused of being uninvited or running worse than others, sure the team did not create as much as it should, I think there is still a good player in Lech, but in some way something got stuck and the team stopped winning. there are no victories there is no atmosphere, this + mental + also weaker and the match in Częstochowa with Rakow also has its mark: Sometimes + as if + does not go, it spirals and it is not easy to get out of it "- he said .

The guardian of "Kolejorz" stressed several times that his new role is temporary. But if he would be interested in taking the team for a long period, he replied:

"I have done all my coaching courses, I have a UEFA Pro license for a few years. I work as a coach as I study, I would like to work in the first league and my dream is to lead a team in the Bundesliga. I will never to achieve this in third league reserves. Poznań would like to work for many coaches, not just from Poland, as I know life, many foreign coaches have already sent their resume to the club, "he admitted.

According to media speculation, one of the candidates is to take over the team in Poznań, former promoter Adam Nawałka. However, the club does not confirm this information.

"We do not provide information about any speculation about the name of the new coach, not a timing here is the key, but of course a wise and good decision, we focus on it so it's hard to say if it will happen tomorrow, next week or early December "Lech Lechowicz, a spokesman for Lech Łukasz informed.

The question of a possible employment of Nawałka in Lech arouses different emotions, the more information showed that his work would also be "determined time". The former captain of the Poznań team Bartosz Bosacki has major doubts.

"Different details appear strange that coach Nawałka was able to leave Lech in June, I do not think the coach would go into the team in the situation he is in and he would think he will leave him soon. I, as a football player to such a team would not know well that in six months I may not have a coach "- said PAP, a 20-time representative of Poland.

In his view, Nawałka is a person who values ​​stabilization, and it is hard to believe that his mission in "Kolejorz" was temporary, albeit somewhat longer than Zururia.

"I wonder if Lech can afford to come out with such a message that we have a coach for this, but maybe someone else will be there for half a year. I do not get + + at all, given that the former coach Ivan Djurdjevic had been a coach for several years + I do not think Nawałka decided on such a variant, but it can not be denied that today's work in Lech is at risk, but it applies to all trainers, "said Bartosz Bosacki.