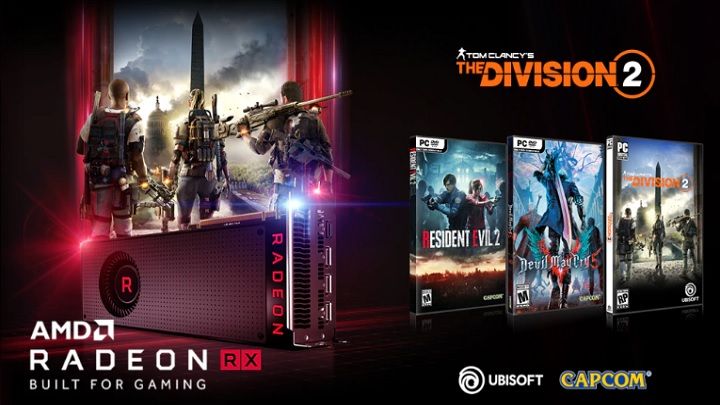 The Premiere of the Radeon RX 590 is one of the most interesting events in the graphics card market in recent weeks – AMD released a chip that can compete with the most popular Nvidia GPU, the GeForce GTX 1060. At this time, the "red" camp began with a special, Very Interesting from every actor's point of view, promotion. Everyone who decides to buy graphics from the Radeon RX Vega family and the already mentioned RX 590 premiere will get a set of games for free, which – interestingly – has not yet appeared on the market. The package includes:

People who choose a little older graphics card – Radeon RX 580 or RX 570 – will be able to choose two of these titles. It is worth mentioning that the campaign also applies to systems based on the listed GPUs – that means you also get free games to buy a desktop computer or laptop with one of the systems covered by this action.

The campaign will of course also be in Polish stores – The scope will gradually expand and will include retail chains of Morele.net, X-KOM, Komputronik, Proline and Sferis. You have to admit that it really is a good opportunity and one of the few measures where we can access games that will be displayed in the sales in a few months. So we can save about 500-600 zlotys, so if you intend to buy one of the listed graphics cards, it's a good moment without a doubt.