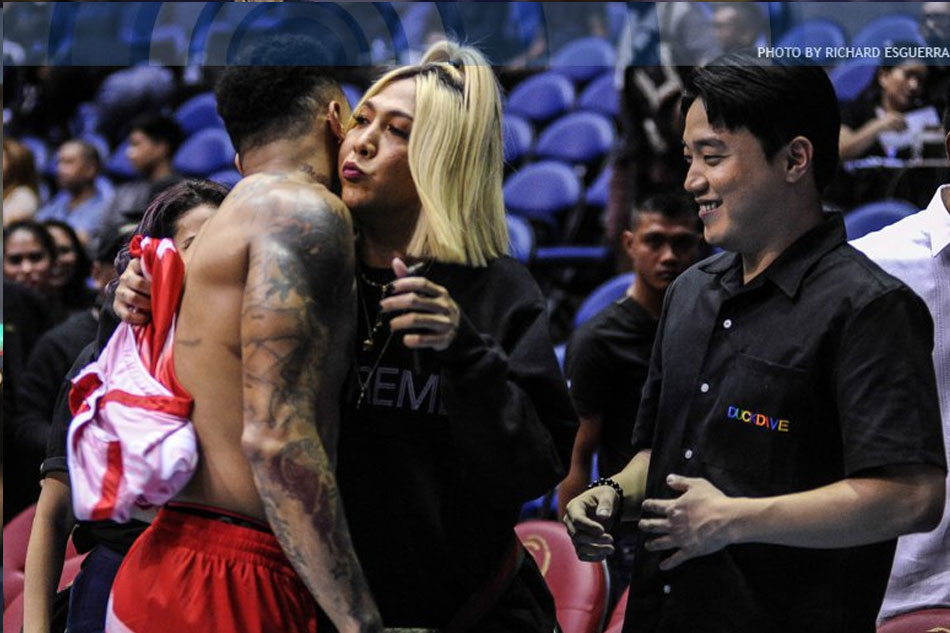 MANILA – His team may have lost the game, but Calvin Abueva certainly felt the love and support for his friends.

"It's Showtime" host Vice Ganda, along with Ryan Bang and Karylle, supported Abueva on Friday's PBA quarter-final game between Phoenix Fuel Masters and Meralco Bolts at the Araneta Coliseum.

Meralco pulled off an unlikely 108-103 overtime win to loosen a second seeded Phoenix in the PBA Governors Cup.

After the match, Abueva was seen to remove his shirt and give it to Vice.

He also got a hug and a kiss on the cheek from his "sweet friend".

Vice and Abueva have stood for their close relationship. The former, however, made it clear that they are only friends.

According to Vice, Abueva is not afraid to be seen with him, unlike many of his other basketball players friends.