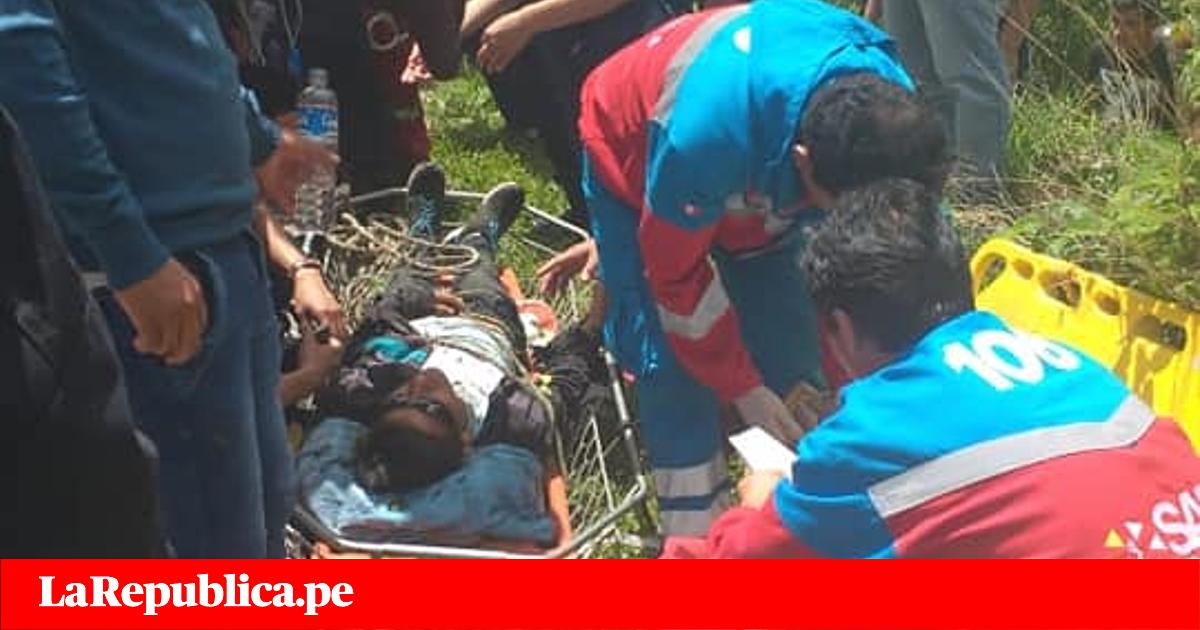 A sad city. Six minors and one adult killed, like at least eleven injured, left a traffic accident on the road between the provinces Rodríguez de Mendoza and Chachapoyas in the Amazon area.

The first six deaths were part of the U-14 team at Rodríguez de Mendoza School. They became new victims of the awful situation on the roads in our country.

The bus from the GH transport company transferred the youth team to participate in the finals of the Federative Cup, a sports event founded in Chachapoyas. In the unit were also the supervisor and some proud parents.

Everyone met the tragedy on average at 10:30 in the morning. During the trip, in the sector called Rondón (20 minutes from the city of Chachapoyas) the vehicle fell into an abyss of more than 90 meters.

One of the hypotheses is that the device would have been confused when trying to give the passport to another vehicle on the aforementioned road, known for its danger and its pain. In the pictures, we can see how they are neglected, to the point where they have no security element (guardavías). In addition, residents stated that the road has not been maintained for years. "Until when will we travel with this danger," one of them denied.

Thirty police and firefighters performed the rescue work in the wild area. There they found the six deceased children.

The case is also being investigated and there are contradictions between the authorities. The Ministry of Interior announced that the seventh death was the driver of Omnibus Sinistertrado. Meanwhile, Minsa said he was a coach of the above-mentioned team.

Meanwhile, two other, in serious condition, would be transferred to the San Borja National Institute of Child Health.

According to the Ministry of Health (Minsa), one of them has abdominal trauma, right femur fracture, contraceptive syndrome and moderate brain trauma. The other has a hepatic trauma.

"Family members' stay and food accompanying victims during the transfer to Lima will be funded," said Silvia Pessah, head of Minsa last night.

For its part, through a statement, the Peruvian Football Association promised to support the organizers of this tournament to provide support to affected families. He also explained that the sports event is organized by local units.

According to statistics from the highway police, from January to October this year more than 750 people died on the roads.

The highest number of deaths in accidents was recorded by vehicle collisions (308) and road traces or traces (307).

Also on the south and north pan-american highway; as well as the northern penetration routes (Cajamarca-Chota, Piura-Paita, Corral Quemado, Huaraz and La Libertad). PNP sources criticize that they inspect the companies, but the maintenance of the roads is not performed.❧

deaths were due to the misplacement of buses on the roads, according to PNP.

minutes from the city of Chachapoyas is the area of ​​tragedy.