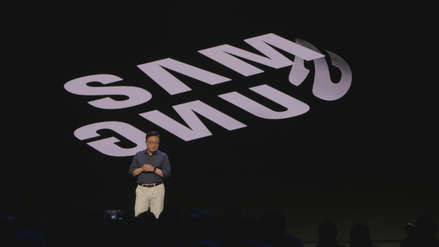 Today there are many brands that focus on integration of artificial intelligence and process automation services. However, there are few brands that develop such a broad solution system. Samsung is one of them, and what you are looking for with events like this # SDC18 takes the potential of programmers and developers closer globally to pave the way for the next major global consumer development: Things of Things (IoT)

Dj Koh, CEO of Samsung, He has throughout the presentation of the event mentioned the importance of the stimulus to the programmer: "It's the beginning of a new era of invention because we will not only link thinking but also lifestyles. The idea is to get people the tools they need, but also the experiences they want."

Samsung has officially presented its development package for assistant "Bixby". Unlike the concept we have about Samsung's virtual assistant, limited today to the phone and other peripherals, this SDK release will help this assistant to more integrated, attend and manage the ecosystem we form with our devices.

This Samsung development program simplifies work by creating an application, enabling the organic interaction of Korean artificial intelligence. In particular, we are talking about a job driven by developers, but using artificial intelligence to enhance the user experience. Everything is virtualized in a very simple way, and adapts to all Samsung devices: refrigerators, televisions, clocks, smartphones and many others.

Part of Samsung's addition to the developer's work is "Smart Things", the collection of smart triggers between devices. The idea is that from the phone or any other intelligent device you can run tasks with other devices at home in the office, taking into account Bixby's virtual help.

To improve the journey, Samsung adds one "Smart Button", a smaller device that integrates various smart triggers for tasks. Unlike shot data from the phone, you can configure one or more tasks previously programmed, and integration not only for items but also for purchase and monitoring services.

One of the points where Samsung invests is home entertainment. After presenting Galaxy Home in August, we now have a bigger integration with popular streaming services through TV Plus.

TV Plus is a system integrated with Smart TV, which allows to integrate digital channels into the device without the need for a cable system contract. The idea is to push the content into a stable consumer platform, which could make money on the future.

But the big destination for the TV at home is to be a powerful hub to control other devices at home or in the office. Because they present Tizen RT, a system for monitoring and controlling devices connected to the internet at home and allowing the use of the panel as a console to order other teams. The correct thing is that you can also include commands with voice from the TV and integrate with all IoT equipment at home.

The use of space is one of the bases of this new experience. Over the years, The same Android has reduced its options to simpler menus, but now an UI scheme and optimizes the space so that the most used features come first.

The appearance is much cleaner, and the necessary options appear to not interrupt the actions. In addition, the optimization of the use with one hand improves remarkably and pushes the finger's actions from the screen halfway down, leaves the panel top for content. Many movements within the interface have been moved from the center of the screen to the bottom.

Another value added to a user interface is the convenience of looking at the content. The dark mode has more presence and is installed as standard, as well as more clearly in the indications that the phone delivers. The colors even fill the screen more for help in selecting menus. Germany, the United States and Korea will be the first countries to get beta of this new interface, and can be installed on S9 and Note 9 as a test.

Welcome to the folding

That's why we came. Despite Samsung's insistence on maintaining a "developer" event and not a "product event", they were expected to present a new trend. The screens have been optimized up to 10 times the size of the smartphones, and we have not yet reached the limits of the design.

Making a curled screen is not easy. And in these years, Samsung has tested curves on the screen and tests various formulas for handling glass at high temperatures and combination of materials. The trend has continued to increase, and the edges continue to shrink.

Samsung did not want to show more information about the hardware presented with this screen, but the device behavior was impeccable during the very short demonstration. We have a 7.3 inch screen that can be folded to leave us a more laptop, which can be about 4 and a half inches. Despite the little demonstration, the opportunities that Samsung and Google in itself are increasing are promising. This unit will enter mass production by 2019.

November 7 and November 8th Samsung will have open sessions for developers in Moscone West of the city and San Francisco. We will get more information about the sessions through RPP News.