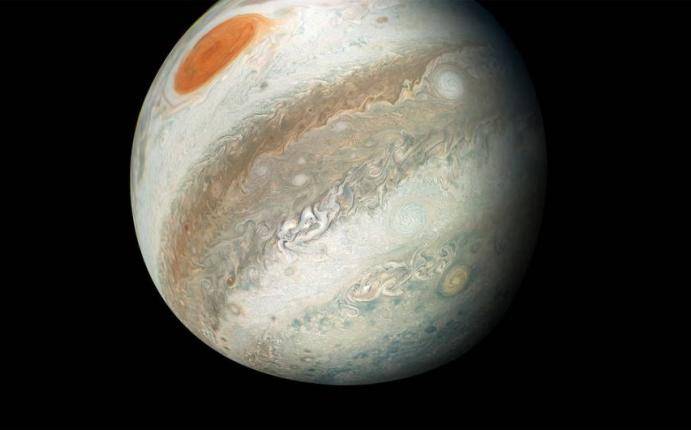 the NASA On Thursday he published a spectacular picture of a landscape with "magnificent spinning clouds" formed in the temperate band at the bottom of the north of Jupiter.

The probe took the picture on October 29, but the space agency revealed it this week.

The photograph, which shows "several bright white clouds that emerge" and a "cyclonic storm called" white oval ", was caught by the space probe Juno when it was about 7,000 kilometers from the upper layers of the cloud of clouds, at about 40 degrees north latitude. 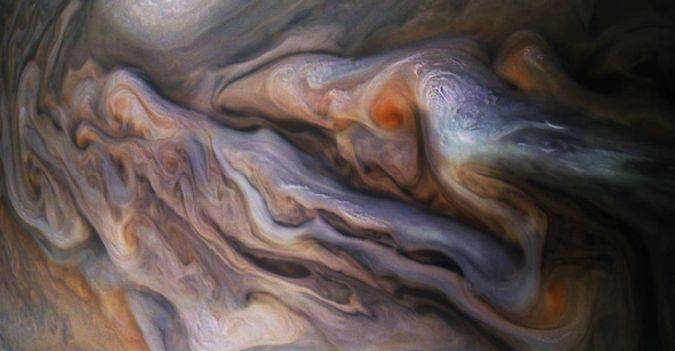 It is reported that researchers Gerald Eichstaedt and Seán Doran received this image using data from the JunoCam spacecraft spacecraft.