The man flew in Oslo and police attacked 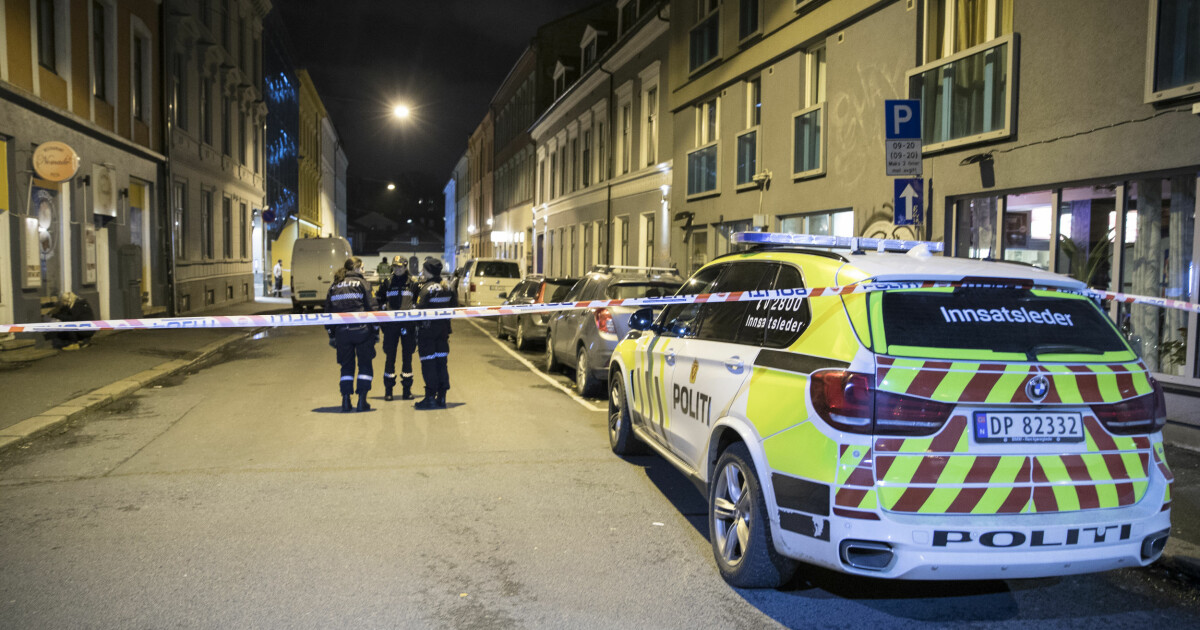 Night to Friday, the police area in Oslo reports that a man in the 20th century has been linked in Oslo. They can also report three cases of outrageous behavior against the police in Hegdehaugsveien – one of them must have spilled blood on the face of the servant.

The police report that they have several patrols in Osterhaus street in Oslo center and say insults have probably been knifeed on an open street.

The police were notified by AMK about the event and received the first message at 00.40.

"The abuse has been drove to Ullevålsjukhuset through ambulance. The extent of the damage is unknown, but we consider it a serious event, says Gjermund Stokkli, CEO of Dagbladet.

At 01.20, the police on Twitter writes that insults are called seriously injured.

Stokkier finds that the perpetrator has taken care of the outside and that they have no information that the event may have occurred in an apartment. Therefore, they believe that the knife strike has taken place on an open street.

"Police are looking for more suspects with many patrols. The people have left the place after the event, says Stokkli.

According to NTB, there are three or four suspects.

Can have a relationship

When Dagbladet was in contact with the police at 05:30 on Friday morning, they could say that there has been no development in the case.

"Nobody has been arrested and insulted is still called seriously injured," said Stokkli.

He also says that the police have conducted site investigations, investigating whether there is surveillance video in the area and talking with witnesses. They also hope to ask the insults eventually.

– Is the event thread-related?

– We have no indication that this is a genre deal right now. We are working on several hypotheses, says Stokkli, and follows:

"But we think suspects and insults have a relationship.

Spit blood on the police

In addition to the knife stammer, Stokkli can also tell about three cases of violence against the police in Oslo tonight. What is remarkable is that all three events took place in the same street.

"All three events took place in Hegdehaugsveien. It is night to Friday, and many people rush and drunk and do stupid things. But we do not see any connection between the events," says Stokkli.

First, the police reported that two people had stopped fighting in Hegdehaugsveien. But when the police arrived at the scene and tried to stop the fight, you should have acted against the police.

The man would then have spit blood in the face of a police and be arrested for the relationship.

Soon a man broke a route in a place in the same area. Also should have been hostile to the police patrol in place and consequently must follow the arrest.

An hour later at 4 o'clock there was a police patrol in Hegdehaugsveien for preventive reasons.

Then a man who spotted several times on the police car came quite consciously. When the policemen talked about this, the man began to exert a strong attack and attacked the police, Stokkli said.

It ended with the police having to use pepper spray to control the man before putting them in handcuffs. He was also arrested for harassment by officials and disturbances.